BREAKING: Ronnie Long pardoned by North Carolina Governor Roy Cooper for a rape he did not commit 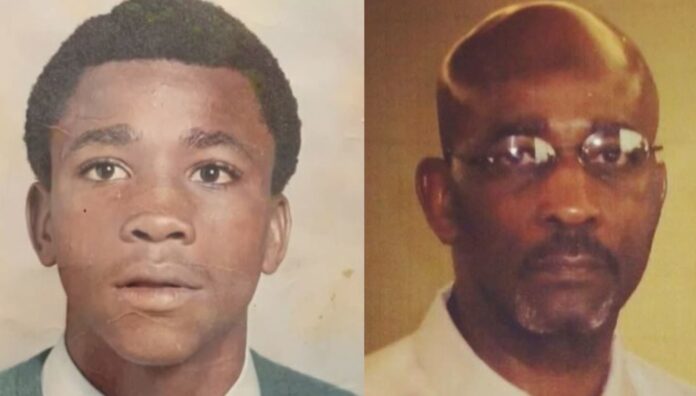 What do you do when you spend 44 years in prison for a crime you did not commit, and you have to fight for the Governor of the state to pardon you when the evidence has been clear for 44 years that it didn’t happen.

Governor Roy Cooper granted a pardon of the innocence of Ronnie Long, a man from Concord, North Carolina, who spent 44 years in prison for a rape he did not commit. 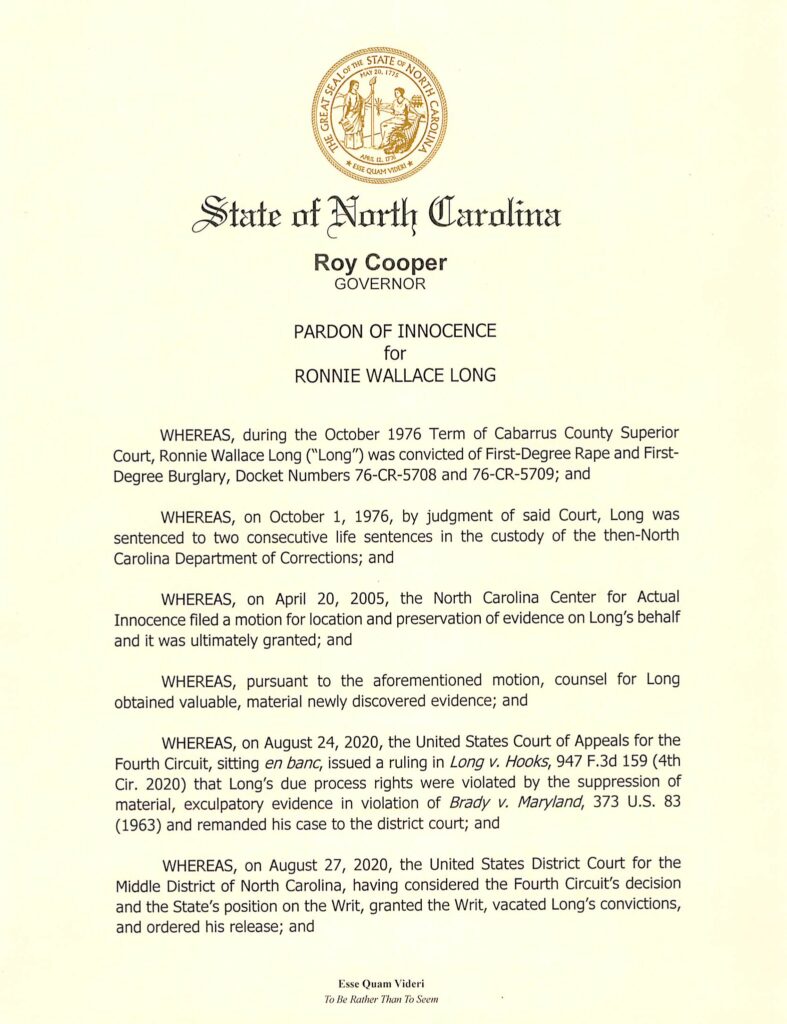 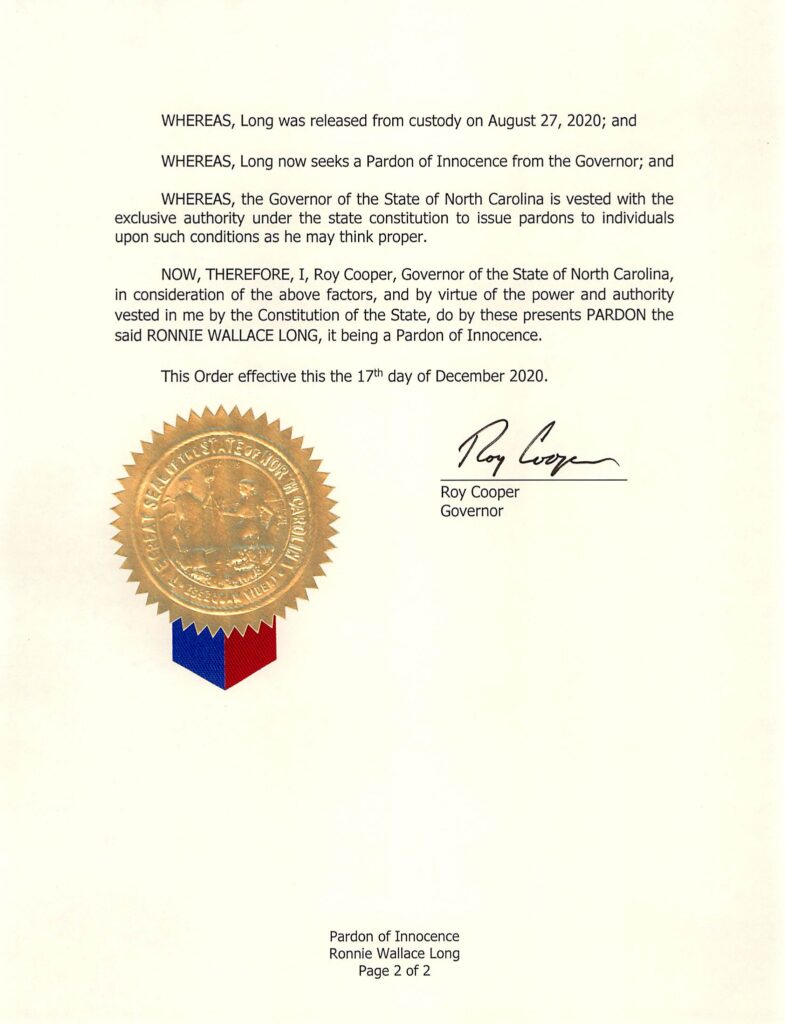 The announcement was made Thursday afternoon.

We must continue to work to reform our justice system and acknowledge when people have been wrongfully convicted. I have carefully reviewed the facts in each of these cases, and while I cannot give these men back the time they served, I am granting them Pardons of Innoncenet in hope that they might be able to move forward in their lives, said Governor Cooper.

Long was one of the five men Governor Cooper pardoned.

After spending so many years in prison, Long was released on August 27, after North Carolina agreed to vacate his 1976 conviction.

A federal appeals court handed down a ruling that the lower court had violated Long’s rights, pointing out a pattern of overwhelming extreme and continuous police misconduct.

Since Long has been released, he’s encountered many roadblocks. A bank refused to open an account for him due to his conviction, which was wrongful, he couldn’t get medicare, and the state of North Carolina mistakenly listed him on the sex offender registry.

Jamie Lau, lead attorney at Duke Law Wrongful Convictions Clinic, represented Long and helped him get to this day.

Decades after Long’s trial, his attorneys discovered that police hid evidence that would have exonerated him.

Long was only 20-years-old at the time, and in the ’70s, racial tensions were through the roof. As a Black man, he stood no chance of going into a courtroom innocent and coming out innocent.

During those times, DNA testing wasn’t done, but it could’ve revealed that Long was not a suspect. Twenty-five years after Long’s conviction, his attorneys discovered that the detective on his case, Van Isenhour, hid exonerating evidence such as hair and fiber samples from the scene that didn’t match Long.

Through all of this, even while incarcerated, Long said he never lost hope and faith in God.