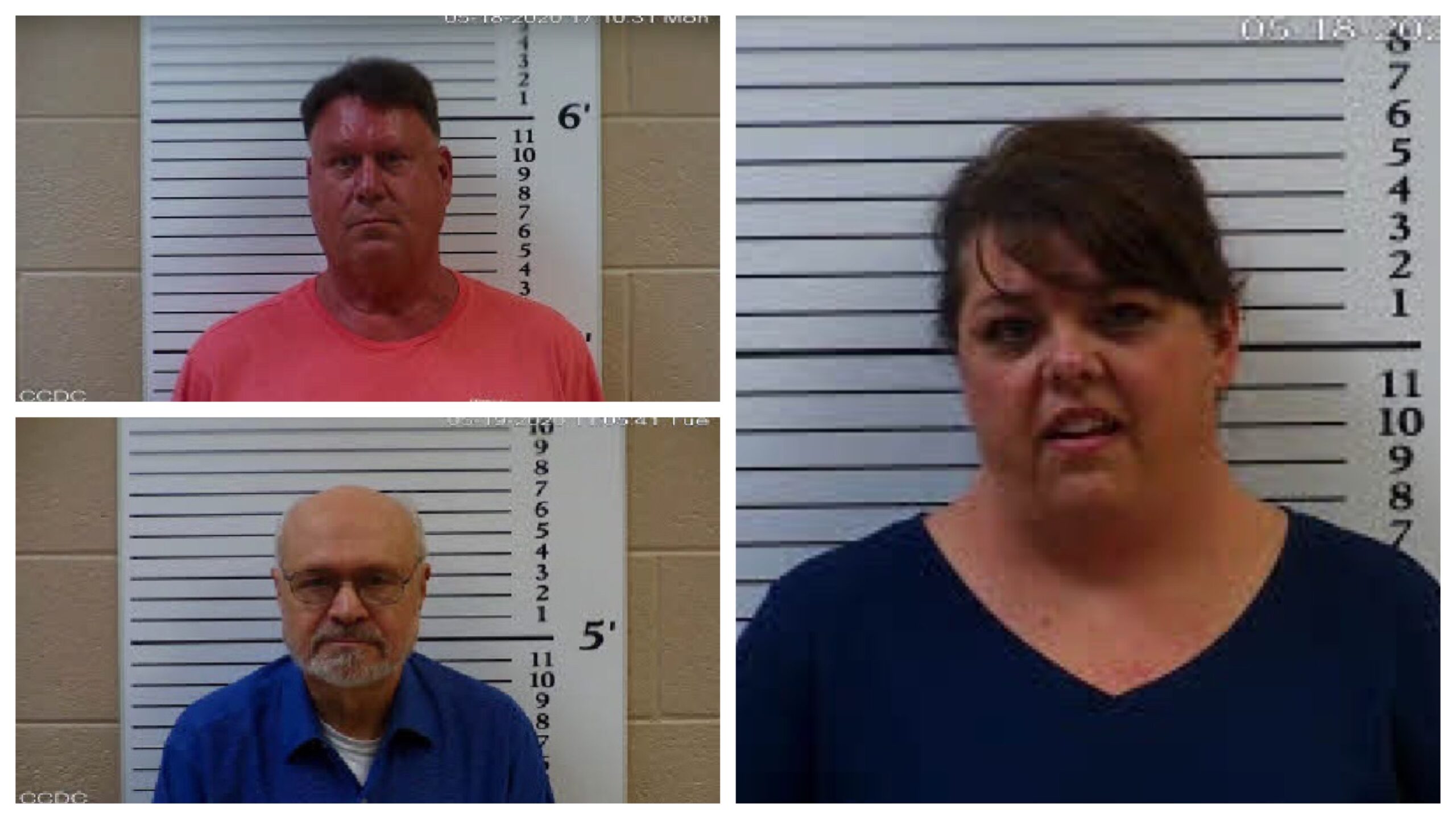 All hell is breaking loose in Cherokee, County, North Carolina.

People children are being snatched out of their hands for no legal reason and now felony indictments have been handed down to those involved.

Three Cherokee County Department of Social Services social workers, including the DSS director, was indicted with more than three dozen felony and misdemeanor charges on Monday.

Among the arrested are Cherokee DSS director, Cindy Palmer and wife of County Sheriff Derrick Palmer, David Hughes, a supervisor at DSS, and Scott Lindsay, a former DSS attorney.

The charges include multiple felonies and misdemeanors related to a years-long Cherokee County DSS practice that removed children from parents without judicial input.

Officials say the indictments come after more than two years of investigations by the state. These charges do not cover all of the allegations of misconduct, meaning more charges could surface in the future.

The charges have shaken up Cherokee County because of who was indicted and why, as well as who had backed them despite ongoing criminal investigations.

Social workers in Cherokee County told parents and caregivers that unless they signed a document, their children would be placed in a foster home far away, according to a federal lawsuit.

The documents were an illegal violation of parents’ constitutional rights, and “the product of both actual and constructive fraud on behalf of the Cherokee County Department of Social Services, its agents and employees and Attorney Scott Lindsay and Director Cindy Palmer.

In 2018, a District Court Judge ruled that the agreements were a violation of law but the indictment says Palmer and others continued to use them anyway.

The use of these agreements effectively avoided judicial oversight into the activities of Cherokee County DSS and subverted the statutory process for determining abuse and neglect for children, and determining custody and parental rights,” the indictment says.

This offense was done in secrecy and with malice; with deceit and intent to defraud; was infamous; and was done in violation of the common law, and against the peace and dignity of the state of North Carolina.

Cherokee County DSS has a long history of neglect and abuse towards children and have been removing children wrongly, abusing their authority, and violating constitutional rights. They have been caught conspiring to take newborns away from parents for disagreeing with medical decisions and have lost huge lawsuits against them for seizing children unlawfully without warrants or due process.

The social workers lied to judges to take children away from their parents. The indictment accuses Palmer of lying to a judge about when and how the agreements came to be used. She claimed the first time she heard about the agreements was in December of 2017 which the indictment says is a lie and that she claimed it “knowing the statement, which is material, to be false.”

In a twist during all of this, it was reported that after the investigation into the wrongdoing was made public in 2018, the Department of Health and Human Services took over the child welfare offices and knew that Palmer was under investigation for crimes. Despite this, they allowed her to stay in a position of authority.

Reports surfaced that Social Workers shredded evidence so they wouldn’t get caught.

Tuesday, I posted a video on our Facebook page that was sent to us about a 2-year-old in Cherokee County, North Carolina being taken away from her mother. (WATCH VIDEO BELOW)

Many people were wondering what did the mother do to get her child taken away, but the truth of the matter is, this family may be another victim of the frauds in Cherokee at the social services office.

All three involved was arrested and charged Monday. They were later released on bond.

5
1
vote
Article Rating
Share
Facebook
Twitter
Pinterest
WhatsApp
Previous articleHow much would you get in next round of stimulus paycheck?
Next articleHusband of #ReOpenNC founder says he is ‘willing to kill people’ to resist Gov. Cooper order