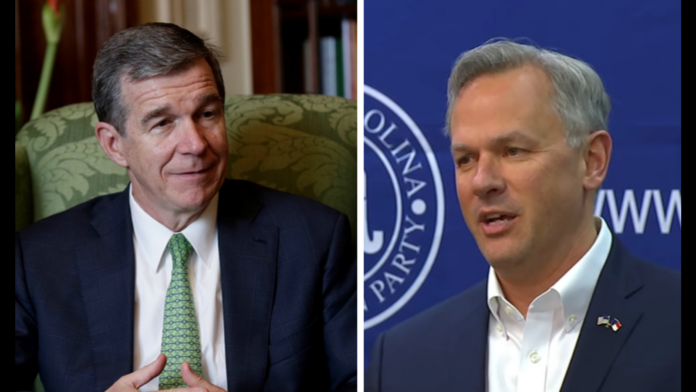 Do you have a story that the public should know about? If so, send it to gjackson@thencbeat.com

Lt. Governor Dan Forest, who is running against Governor Roy Cooper is doing everything that he can to get the people of North Carolina to vote for him come this November.

If it’s not Forest kissing the ass of #ReOpen NC co-founder Ashley Smith, it sure damn is him trying to sue Cooper.

Thursday, Forest took to social media to tell constituents that he is filing a lawsuit against Cooper for allegedly violating the state’s Emergency Management Act with the executive orders he issued during the coronavirus pandemic.

This political move by Forest looks to be one he wants the nation to hear about. Normally, when Forest speaks, it doesn’t make CNN but for some reason his announcement today made it…

In his letter to Cooper, he said the governor has “repeatedly ignored the law, enacting mandates that selectively target the businesses and citizens of North Carolina without concurrence from a majority of the Council of State.”

Forest alleged that Cooper’s declarations made it “impossible” for him and other members of the Council of State which is a group of 10 elected officials including the state’s attorney general and secretary of state to “fulfill our oaths to uphold the laws of North Carolina.”

The Emergency Management Act requires that you seek and receive concurrence from the Council of State prior to exercising the most expansive statewide emergency powers of the Governor, Forest wrote in the letter.

Other members of the council will not be signing their signature on the complaint, according to a spokesman for Forest. That spokesman, Jamey Falkenbury said that Forest “felt that it was best that only he file suit.”

Forest said he will retain independent counsel to file this suit against the Governor. I wonder if ReOpenNC will be footing this bill for their favorite, Dan Forest? Hmm.