Fayetteville N.C. pastor calls out her husband for sleeping with men and not coming home since August 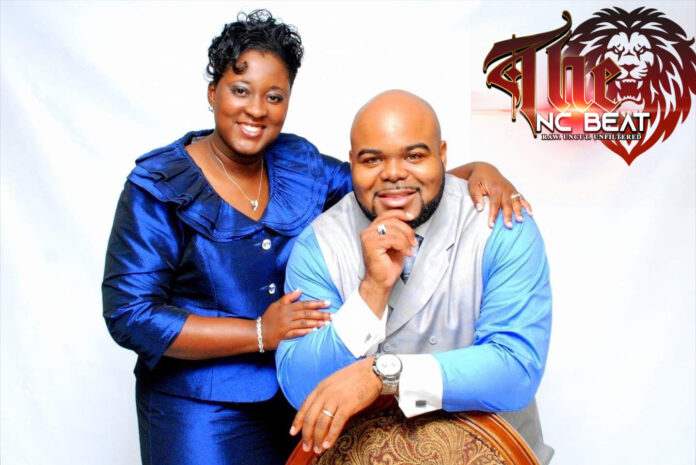 Trouble has hit the church yet once again, but this time it’s happening in Fayetteville, North Carolina, at Greater Harvest Global Ministries, INC., where Apostle Jamaal & Lakisha Dunham are the pastors.

It seems like the couple has been having a hard time in their marriage, and Lakisha, the wife, has had enough and is feeling embarrassed to know that she married a man who’s been allegedly having sex with other men in Fayetteville.

Ladies, I’m sure that has to be a bad feeling, learning that YOUR man got a MAN, Chileeee.

Well, on Sunday, Apostle Lakisha Dunham set the record straight by exposing her husband and claiming that he hadn’t been home to her since August.

With no proof to back up her allegations, other than shes hurt, Lakisha says in the live stream that through her research, she found out that her husband, Apostle Jamaal, has been in sexual sinful acts with other local men.

The video was posted on the church’s Facebook page but was later deleted after receiving much attention.

It sounds like Apostle Lakisha no longer has that “yum yum” sauce her husband once craved unless all of this, including their marriage, was a put on to please the people in their ministry. Because there’s no way, a woman doesn’t know her man likes men. Just like a mother knows her child, a wife knows her husband.

One of the commentors on Larry Reid’s page said they knew Jamaal and they were surprised when they found out he was marrying a woman . Clearly suspect for a while. But for the women, y’all better start asking the right questions when you are dating. They seem to be the only ones surprised when this same storyline keeps popping up. The Lord showed you those red flags and you drove right on passed them. Lastly, how does the LGBT community get away with cheating and avoid the same backlash as regular folks? This is dastardly and dangerous and they… Read more »

I know jummal for years how was my friend until he got married,but always toll me he want to get married and have son and a family, I just can’t believe this is happening to him, but keep him and this family in you all prayer, you do know don’t know one day it might hit door, and it might not be the same way so pray, and if you and your family is read know that He is on your side this your long last friend.

I disagree!..a man can be real clever,decietful, doing things on the down low