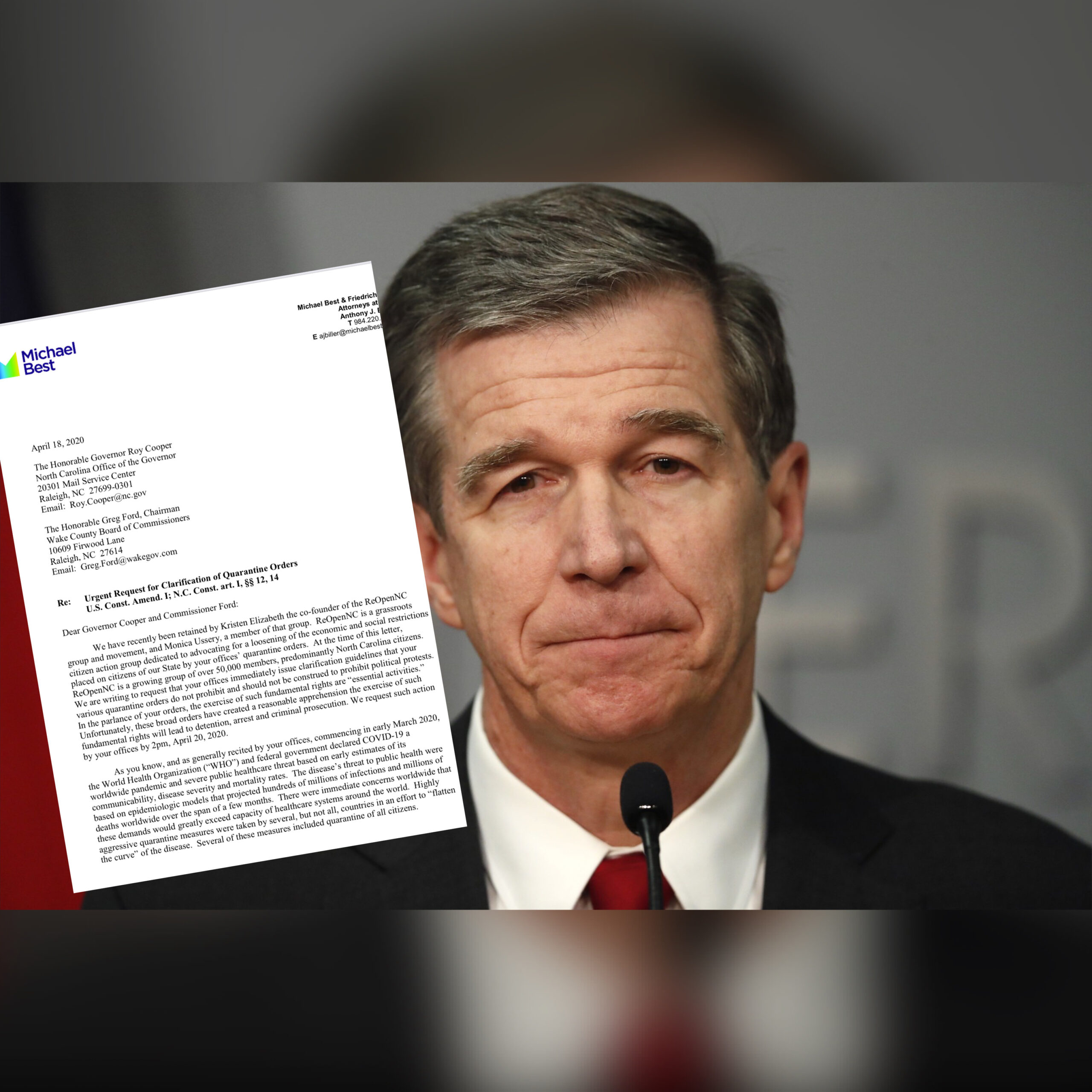 The Governor of North Carolina, Roy Cooper has just been served with Intent To Sue Papers from Michael Best & Friedrich, LLP retained by #ReOpenNC Facebook group.

The Intent To Sue letter warns Cooper that he has until 2:00 p.m., April 20th to immediately issue clear guidelines that his various quarantine orders do not prohibit and should not be construed to prohibit political protests.

In the parlance of your orders, the exercise of such fundamental rights are “essential activities,” the letter reads.

In the letter, Biller continues to tell Cooper that his broad executive orders have created a reasonable apprehension of such fundamental rights that will lead to detention, arrest and criminal prosecution.

Biller said his clients would prefer to resolve the issues amicably.

We request written statements from Governor’s Cooper office and the Wake County Commissioners that protesters will not be detained, arrested or prosecuted under their quarantine orders so long as at such protests, individuals who are not members of the same household maintain at least six feet of separation from individuals of other households, the letter reads.

The letter also demands that the charges against Ussery be immediately dismissed.

READ THE FULL LETTER BELOW: