Greensboro, N.C. pastor faces 5 years in prison for assault on police officer, and obstruction of justice 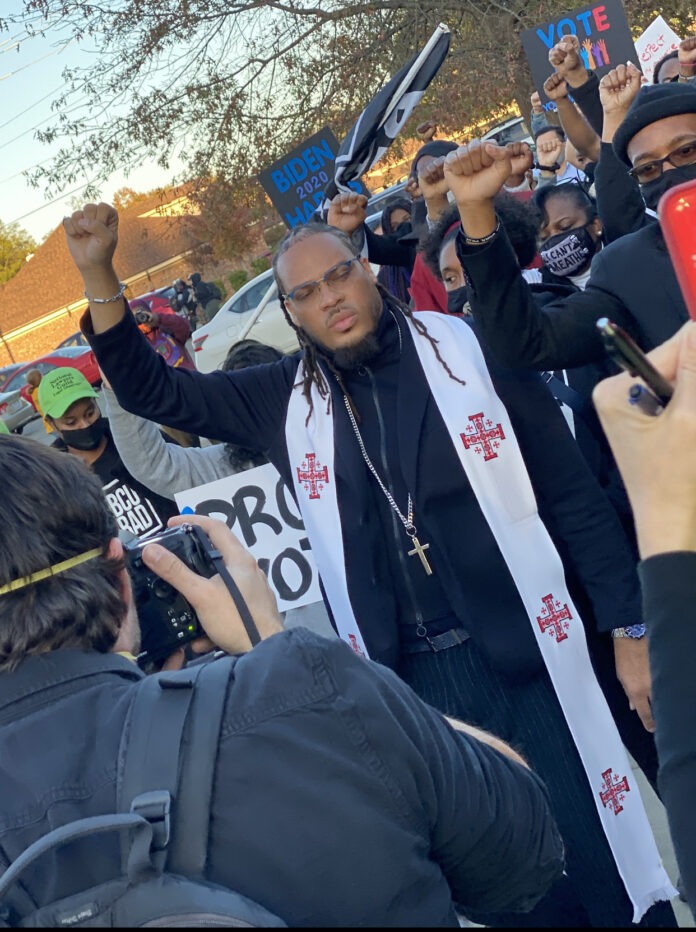 The organizer of a Halloween Day march in Graham, North Carolina that ended in police clashing with protesters is now being charged with felony assault with physical injury on a law enforcement officer and felony obstructing justice in addition to his previous charge of misdemeanor failure to disperse on command.

Pastor Gregory Drumwright says he is innocent of all charges against him.

The event that took place was to encourage those in attendance to vote on the last day of early voting before election day. But before protesters could get to the polls, Graham Police and Alamance County Sheriff’s Office started pepper-spraying protesters.

Police officials in Graham said they pepper-sprayed protesters because the protesters were in the road longer than the planned agreement. Officers started arresting protesters after they approached a man with a gas can used to fuel a generator that wasn’t allowed near the Alamance County Courthouse.

Pastor Drumwright could face 5 1/2 years in prison if he’s convicted.

I don’t know why these pastors want to be captain save-a-hoe instead of preaching the Lord’s word and leaving it up to REAL activists to get the change in the community done. Hurt people are running to the church for help, and no one is there to pray for them or lead them to Jesus because the pastors are out in the streets chasing clout.

If you’re going to be in the streets claiming to be an activist, all while also a pastor, then at least save one soul while you’re out there. How can you help people get saved in the church coming off the street, but yet you’re in the street and ain’t led one soul to Jesus.

The additional charges were issued on Wednesday. Pastor Drumwright was booked into the Guilford County Jail on Friday afternoon and has since bonded out.

Assaulting a police officer is not “Good Trouble,” and hopefully Pastor Drumwright can come back from this.