Kamala Harris sworn in as Vice-President 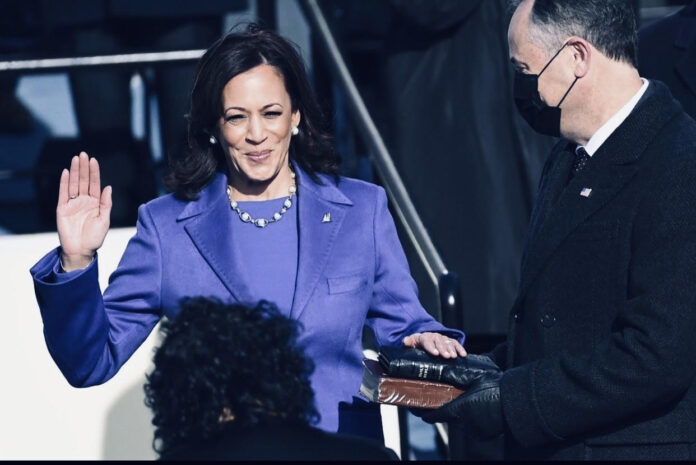 Kamala Harris, the first woman, Black & Asian American to hold office has been sworn in as the Vice-President of The United States of America.

In Harris swearing in, she used two Bibles. The first one belonged to Regina Shelton, a family friend whom Harris viewed as a surrogate mother. The second bible was previously owned by the late Justice Thurgood Marshal, the first Black member of the Supreme Court and a lifelong role model to Harris.

Congratulations to you Madam Vice-President.