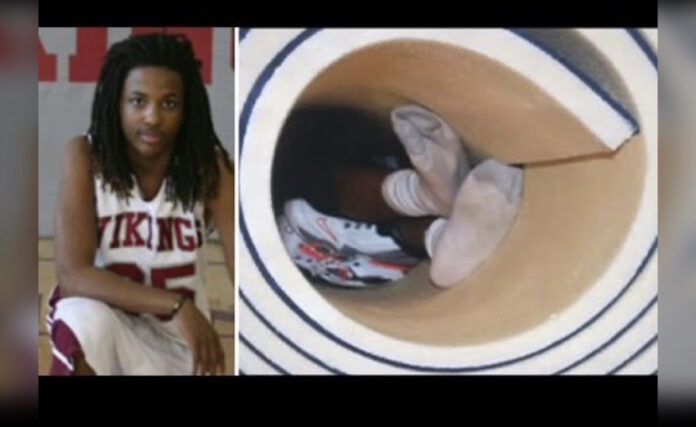 In Valdosta, Georgia, the Lowndes County sheriff said his office is reopening the case of Kendrick Johnson, who was found dead inside a rolled-up gym mat in January of 2013.

Sheriff Ashley Paulk said he reopened the case after receiving documents from federal investigators requested in the case from two years ago.

In May of 2013, Johnson’s death was ruled an accident.

In April of 2019, Paulk said he requested documents from federal investigations into Johnson’s death but was told at the time, he could have them. Paulk said that changed this week when his office received 17 boxes of documents, including computer towers and computer drives, after a federal judge ordered the release of the documents.

Johnson’s parents have said they think their son was killed.

The first investigation concluded that Kendrick accidentally slipped into the cent of the mat while reaching for a shoe and got stuck. Georgia Bureau of Investigation determined that the cause of Kendrick’s death was accidental positional asphyxia.

An autopsy conducted by a pathologist hired by Kendrick’s family determined that the cause of death was “unexplained, apparent non-accidental, blunt-force trauma” to the neck.

In a 2016 statement by the Department of Justice, investigators determined that there was insufficient evidence to prove beyond a reasonable doubt that someone some group of people willfully violated Kendrick Johnson’s civil rights or committed any other prosecutable federal crime.

Paulk said some of the original investigators will be used and some new investigators for the reopened case. The first interview was conducted Monday, according to Paulk.

Paulk met with the Johnson family on Friday to let them know the case would be reopened.