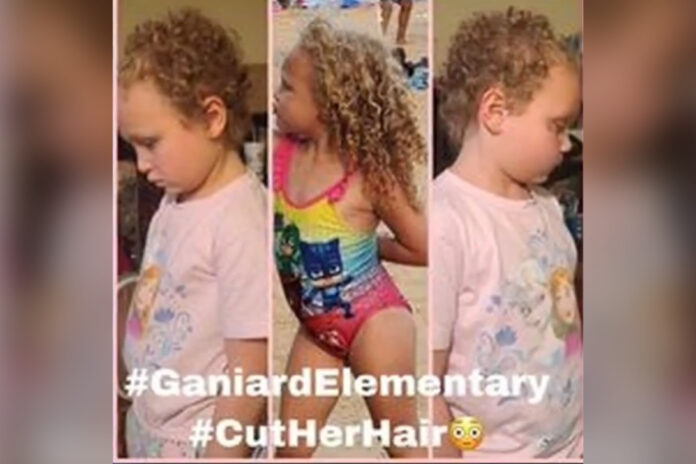 What would you do if your child came home from school and told you that an employee at their school cut their hair off?

A white elementary school librarian in Mount Pleasant, Michigan, will not lose her job after she took it upon herself to cut a biracial girl’s hair. The librarian’s actions were called “modern-day scalping,” but school officials in the district say that after a third-party investigation into the incident, the librarian did not act with racial bias.

I wouldn’t give a damn if it was racial bias or not. Why are you cutting someone else’s child hair without their permission?

We truly appreciate the support and patience by our students, staff, and families while an independent, third-party investigation was conducted regarding an incident at Ganiard Elementary School, the Mount Pleasant Public Schools Board of Education said in a statement on Friday. As your board, we have made every effort to address this matter with the seriousness and care it deserves and with the transparency our community expects.

The incident happened back in March at Ganiard Elementary School when seven-year-old Jurnee Hoffmeyer arrived home after school and told her dad, Jimmy Hoffmeyer, that one side of her hair was cut off.

Jurnee told her dad that another student had scissors and cut her hair on the school bus. Jimmy took his daughter to a barbershop so a barber could even it out and fix it. Two days later, Jurnee came home from school, and this time she was in tears. Her long curly hair had been cut down to inches of her scalp.

She told her father that her library teacher had cut the rest of her hair off.

Regardless, their decisions and actions are unacceptable and show a major lack of judgment. The employees involved have acknowledged their wrong actions and apologized, board officials said.

Board officials say the librarian has been placed on a last chance employment notice and will be fired if there is any future infraction.

Jimmy Hoffmeyes said that neither he nor his daughter was questioned during the school’s investigation.

Who did they talk to? Mr Hoffmeyer asked on Friday when the results of the investigation were announced. Did they really do an investigation?

Jurnee was unenrolled from the school and is in school elsewhere, according to her father, Jimmy.