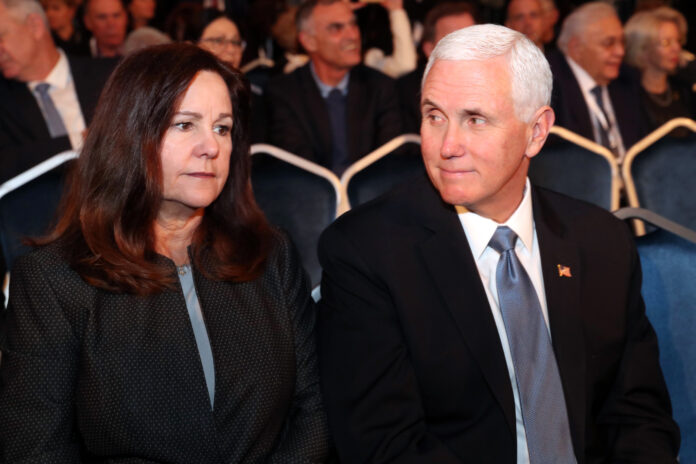 Word On The Curb is that the former second family has nowhere to lay their heads, now that they have been kicked out of their luxurious home by the American people.

It is said that former Vice-President Mike Pence and his wife Karen are staying at the Indiana Governor’s cabin or staying with some of their kinfolks back in their home state.

The couple is searching for a home after their free, taxpayer-funded housing officially ended just over a week ago.

According to Business Insider, Pence is reportedly staying at a cabin that Indiana Governor Eric Holcomb uses as a retreat. However, two other Indiana Republican insiders say that the former second-in-command and ex-second lady are staying with family. Chile.

It is also being reported that Mike and Karen haven’t owned their own home in over eight years. It kind of seems like the couple love running for public offices, where the public has to foot their living bills.

It’s kind of hard to believe this because Mike earned more than $235,000 annually during his four years in office. He is also entitled to a pension.

Many believe the Pences are jumping house to house to avoid death threats or assassination attempts from supporters of his former boss, Donald Trump, whom supporters chanted “Hang Mike Pence” as they stormed the U.S. Capitol weeks ago.

Pence also has reportedly had no contact with Trump since the end of their time in office.