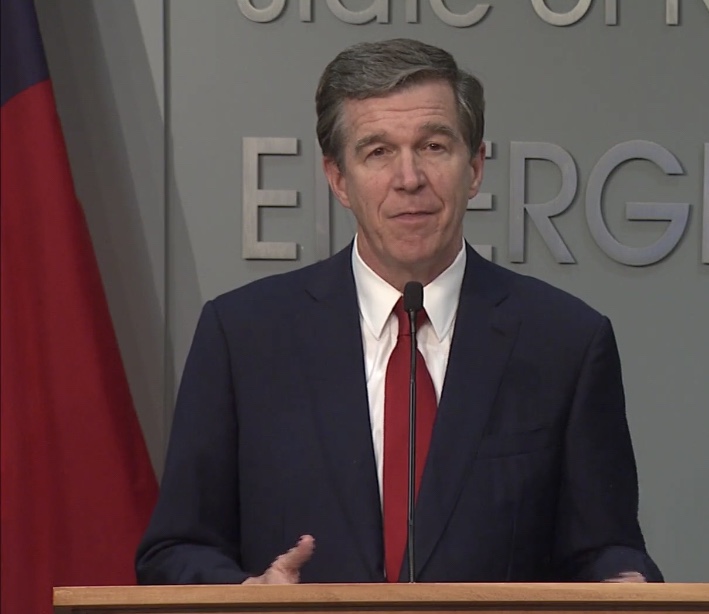 After hundreds of thousands of protesters took the streets all around the country in response to the death of George Floyd, North Carolina Governor, Roy Cooper will be announcing executive action on the North Carolina criminal justice system.

The announcement will happen at 3 p.m. at the Emergency Operations Center, according to a press release.

This past weekend, Gov. Roy Cooper ordered all North Carolina flags at state facilities to be lowered to half-staff from sunrise to sunset on Saturday in honor of George Floyd.

The unjust killing of George Floyd combined with many other recent and distant events broke open painful wounds. Racism. Excessive use of force. Health disparities. Poverty. White supremacy. These are wrong. They are ugly, but they are present. We must deal with them. We will deal with them. George Floyd’s sister, Bridgette, lives in Hoke County, North Carolina. While I cannot bring her brother back, I can work for justice in his name. I assured her that’s what we would do, Governor Roy Cooper said.