N.C. House Rep. Phillip Shepard goes live on Facebook with a man bent over in underwear hours before a major operation 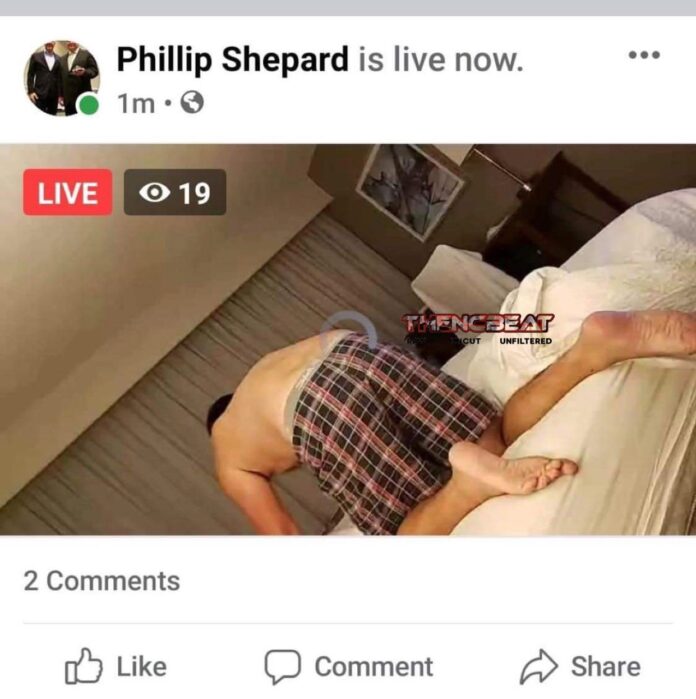 Word On The Curb is that North Carolina House Representative Phillip Shepard allegedly decided to tell the world that he can no longer keep the secret that he’s really into men when he decided to go live on Facebook Tuesday night with an unidentified male in underwear with his ass up, and face down.

For years, people have talked about Shepard being Gay, but no evidence has ever surfaced to confirm the rumors.

Shepard is known to preach harsh sermons against the LGBTQ+ community.

Shepard, who is also the pastor of Light House Baptist Church in Jacksonville, NC, put an end to the speculation Tuesday night.

Maybe Shepard meant to film this for his fans only account.

Many of you may be wondering why Shepard is in a hotel room. Wednesday, he is scheduled to have a tumor removed from his right kidney in UNC, according to an August 12 Facebook post.

Of course, Shepard will come out with an excuse about this now-deleted video rather than just coming out of the closet.

Shepard represents the 15th district and has been a state representative since 2011.

0 0 votes
Article Rating
Share
Facebook
Twitter
Pinterest
WhatsApp
Previous articleNo arrest made in death of 17-year-old girl found inside her car at Bojangles in Raleigh
Next articleBREAKING: Man falsely accused of Concord, NC rape in 1976 will be released today, according to sources