North Carolina finally moves into Phase 3 of reopening, with restrictions 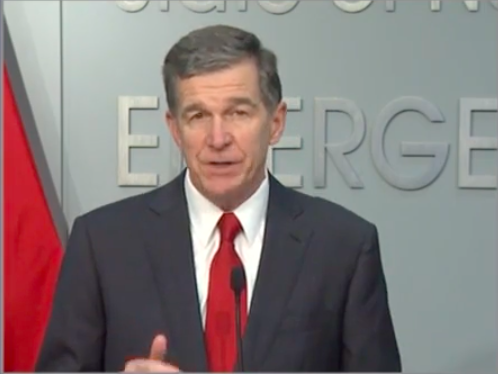 Those who have hated Governor Roy Cooper over the last few months because he continued to keep North Carolina closed will now have a reason to love the Governor all over again, because during a press conference Wednesday, Cooper announced that North Carolina is ready for Phase three which will reopen the state still with restrictions.

Cooper said that the state’s coronavirus cases are stable enough to move in the final phase of a three-stage plan to reopen businesses and resume social activities.

Phase 3, according to the Governor, will take effect at 5 p.m. Friday, which will allow bars, movie theaters, and amusement parks to reopen.

With the virus still around, now people will feel comfortable enough to remove those masks and will no longer social distance, possibly putting others at risk all over again.

Some on social media believe the Governor should wait until vaccination is available before reopening the state, but Cooper thinks the state can move forward.

Limits that will change under Phase 3:

Current limits that will remain the same under Phase 3:

This failure will be interesting to watch.

Do you agree that North Carolina is ready to move into Phase 3?