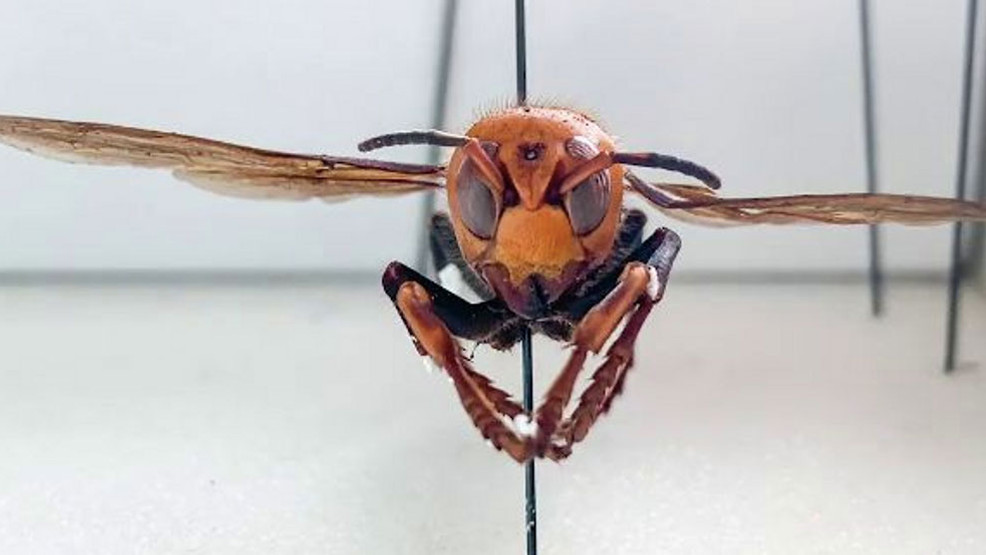 Giant Asian hornets that have the potential to kill a human with one sting have entered the United States.

The hornet is two-inches long and is packed with so much venom, it can cause victims to go into anaphylactic shock, dying within minutes from being attacked if they are allergic.

Asian hornets are particularly smaller than native hornets and have distinctive yellow-tipped legs plus a dark brown or black velvety body and dark abdomen.

The Washington Department of Agriculture confirmed the first two sightings of the predator in December and also reported two unconfirmed but probable sightings.

Officials say the sightings were in Whatcom County, WA.

Scientists are expecting the hornet to emerge again and are asking for the public’s help in detecting the invader.

Officials in Washington state say, in April the queen hornets come out of hibernation in search of plant sap and fruit to feast on. The queen hornet then searches for an underground den in which to build her nest and grow her colony over the summer.

The goal is to eradicate the queens before they have a chance to establish a population.