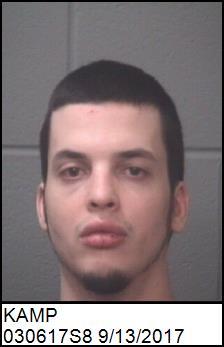 A serial peeping Tom is out of jail on bond after he was recently arrested for peeping into residential windows in the Brynn Marr area of Jacksonville.

The investigation started several weeks ago, according to the Jacksonville Police Department who made the arrest.

A video was posted in the Ring Neighbors portal, a social networking system that allows Ring device owners to share information with their neighbors and law enforcement, according to the release.

The investigation led to the serial peeper, who has since bonded out of the Onslow County Jail.

The North Carolina Beat learned that Kamp is a registered sex offender in North Carolina. In 2017, Kamp was accused of sexual battery with a 15-year-old. He was 23-years-old at the time of his conviction.

His next court date for the aforementioned charges is set for July 8, according to N.C. Courts.