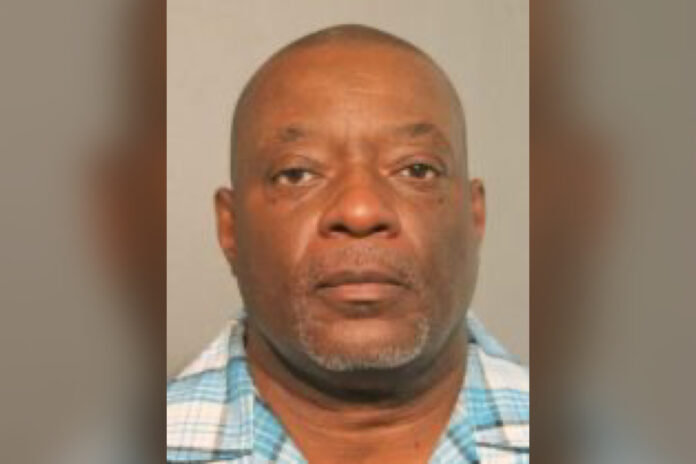 In 1996, Anthony McClore, 61, was found guilty of two counts of murder and received concurrent 45-year prison sentences, according to Illinois Department of Corrections records.

In 2018, McClore was released after serving half of his 45-year sentence. He went to work for a janitorial service, according to his attorney.

But now, his life story has taken a whole new turn…

On November 23, McClore was working as a janitor when he offered a 14-year-old girl a soda as she waited for her parents in a medical building located at 1100 block of South Delano Court, according to Assistant State’s Attorney James Murphy.

He then is accused of taking the girl to a room, where he offered her money for sex, tried to kiss her, and gave her his phone number, Murphy said.

One week later, McClore saw the 14-year-old girl again when she and her parents returned to the doctor’s office. He took her to a room and offered her money to do sexual things, according to Murphy. Prosecutors said the girl initially allowed McClore to perform a sex act because she wanted the money, but he then raped her while putting his hand around her neck and mouth.

McClore is said to have told the girl over and over again that he is a sex addict during the attack and said she should just let him do it as she tried to push him off, according to Murphy.

On December 5, the girl went to her parents and went to a counselor with her mother the next day, where both women called the number McClore allegedly gave to the victim and recorded their conversation with him.

During the call, McClore denied the allegations. He said the girl sought him out because she wanted to have her parents murdered, and he has experience with such things, Murphy said.

McClore was arrested on March 2.

McClore’s attorney told Judge Ortiz that he moved from the city to Kankakee this year and said he now works for a popcorn factory in Chicago. He has 12 children and 45 grandchildren, the attorney said.

“Why a 61-year-old man who’s a janitor at a doctor’s office would provide a 14-year-old with a phone number is beyond me,” Ortiz said after hearing the state’s allegations.

She ordered McClore to go on electronic monitoring if he can post a $75,000 deposit bond to get out of jail.