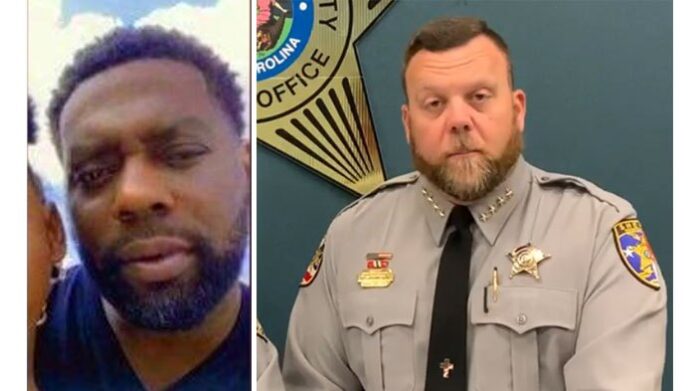 Pasquotank County Sheriff Tommy Wooten has recommended that all of his deputies involved in the execution of 42-year-old Andrew Brown Jr temporarily move to safety due to “unknown vehicles or people” outside of the deputies’ home as well as “general threats” towards the sheriff’s office, according to 13NewsNow.com.

Recently, Sheriff Wooten listed all of the deputies involved in the search warrant execution and deadly shooting of Brown on April 21. Three of those officers are on administrative leave, two have resigned, one has retired, and four are back on the force.

Sheriff Wooten told local reporters that before releasing the deputies’ names, he told them that they should think about staying somewhere or taking another safety precaution.

At least one of the deputies and another county official reported unknown vehicles or people outside their homes. Some internet websites have posted detailed information about the deputies that makes their home addresses known,” Wooten stated. “This is dangerous…Additionally, we’ve heard many general threats (e.g., “I’m going to shoot a sheriff today” or “release the tapes or else”). We’ve also had to speak to people who received threats because of mistaken identities.

An investigation is underway of suspicious people and/or cars near the deputies’ homes.