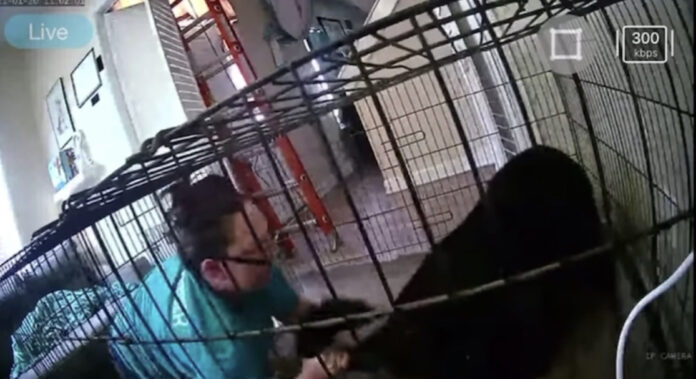 Authorities in Onslow County, North Carolina, have decided that they will not charge Heather Smith, the Smiths Koniglich German Shepherd’s owner, who was seen on video abusing a pregnant dog.

In an irresponsible statement released by Smith Monday night, she said she was frustrated and in panic.

We allow our owners to watch their babies be born live, we also remind them when we give the information for login not to touch settings, Smith said. Unfortunately, one person not to be named did not listen and took it upon themselves to turn on the camera and record me frustrated,and panic trying to do everything and without help made it three times harder.

To me, it sounds like Smith does this to dogs all the time. Because, how can you get upset at someone who recorded what they thought was you abusing a dog? I wonder what happens to those dogs when the camera is not rolling…hmm.

If you are that “frustrated” and in “panic” to the point that you have to grab a dog as Smith did, then you do not need to be taking care of anybody’s dog, period!

Not directly addressing the fact that she called Raven stupid and a dumb cunt. Smith said anyone who knows her knows she has “a really bad potty mouth.”

People that know me and have met me know I have a really bad potty mouth, especially when under stress. I cuss it’s what I do and who I am and I’m sorry if it offended anyone.

Even if your mouth is potty, that doesn’t mean that you can call a dog stupid and a dumb cunt and then blame it on you having “a really bad potty mouth” just because the dog isn’t listening to you.

Smith said that she took Raven’s water away because it spilled all over the bedding, which is a lie, according to the video we watched.

In the video you see me taking her water away, this is because of all the jumping around it was causing all the water to spill all over the bedding which would make it cold and wet for the babies so I removed it, Smith said.

I don’t know if Smith has amnesia or not, but in the video, she told Raven, “congratulations, you lost your fucking water,” and that came after Smith couldn’t get Raven to listen to her.

Smith insists she did not abuse Raven. She said she called Onslow County Animal Control to come out to her home, showed them around, explained to them the situation, and showed them the video in which Animal Control concluded that no abuse occurred.

In the Animal Control report, officer Ronald White who responded to Smith’s call stated in his report that there was no physical abuse.

There was no physical abuse by Smith to any animal in the home on video, White said in his report.

A lot of things mentioned in Smith’s statement is irrelevant to the video we all watched.

Smith has since deleted her statement, but The North Carolina Beat was able to get the screenshots: 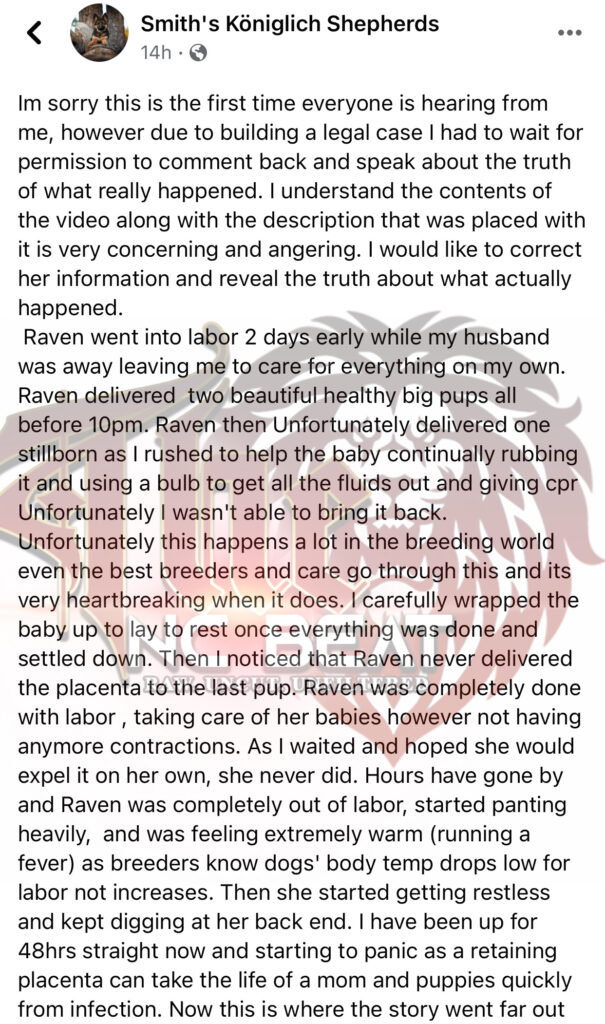 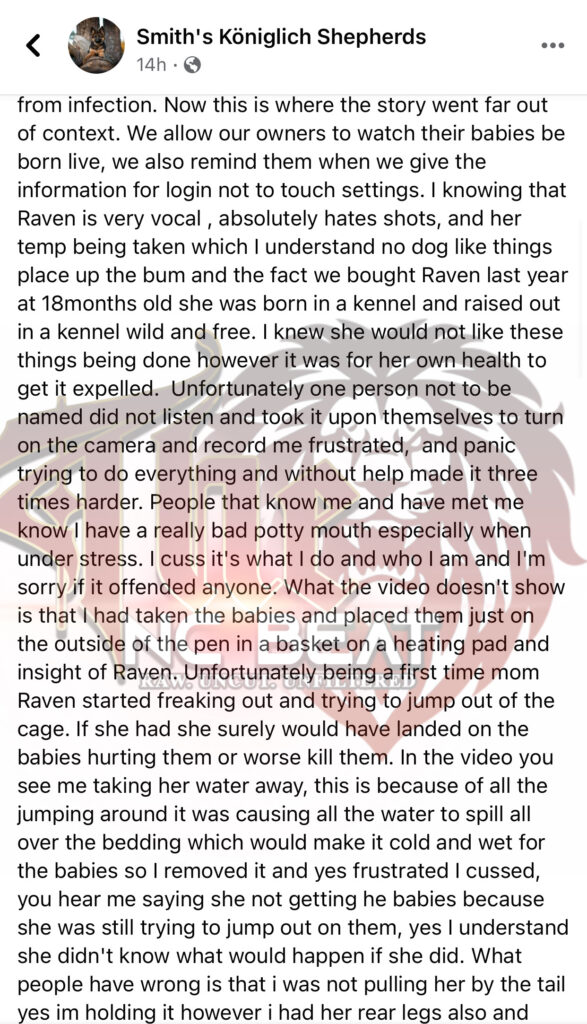 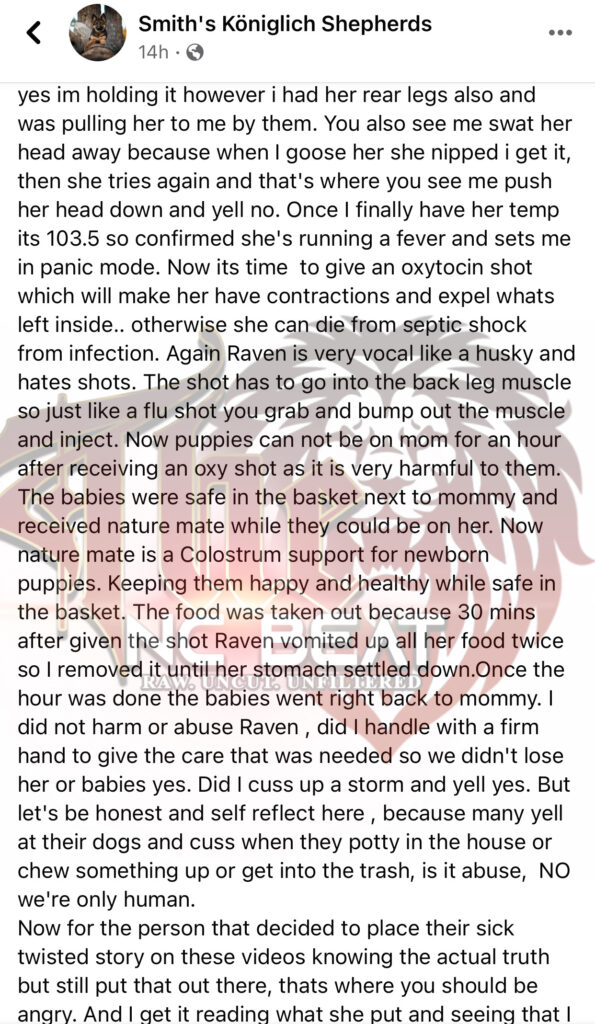 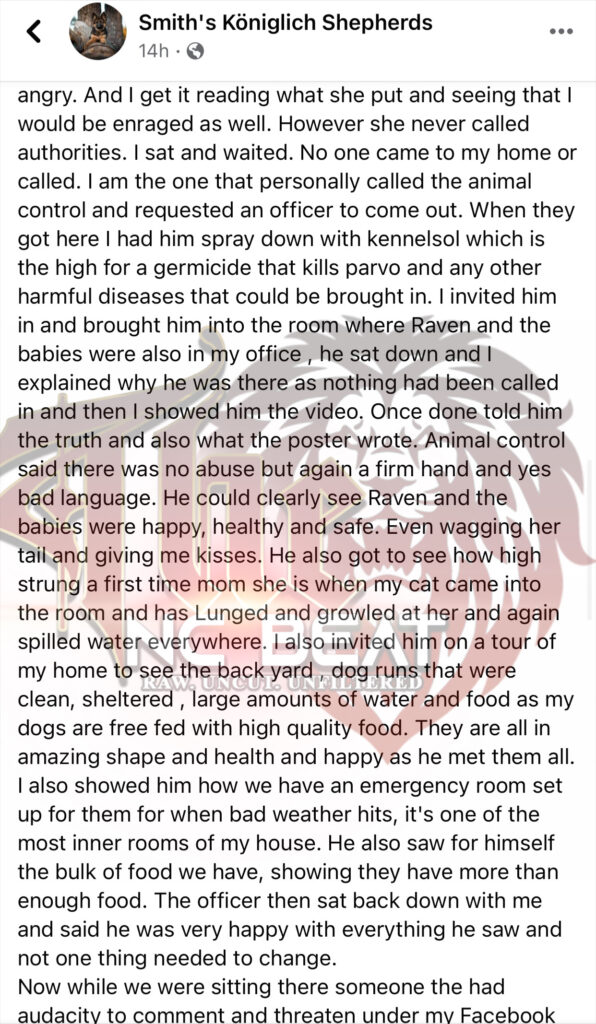 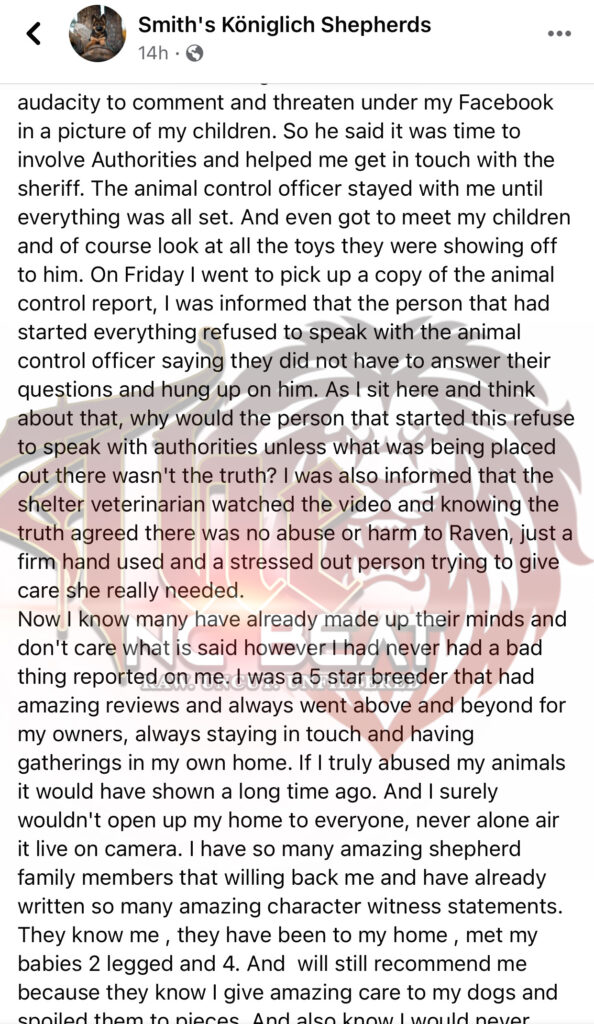 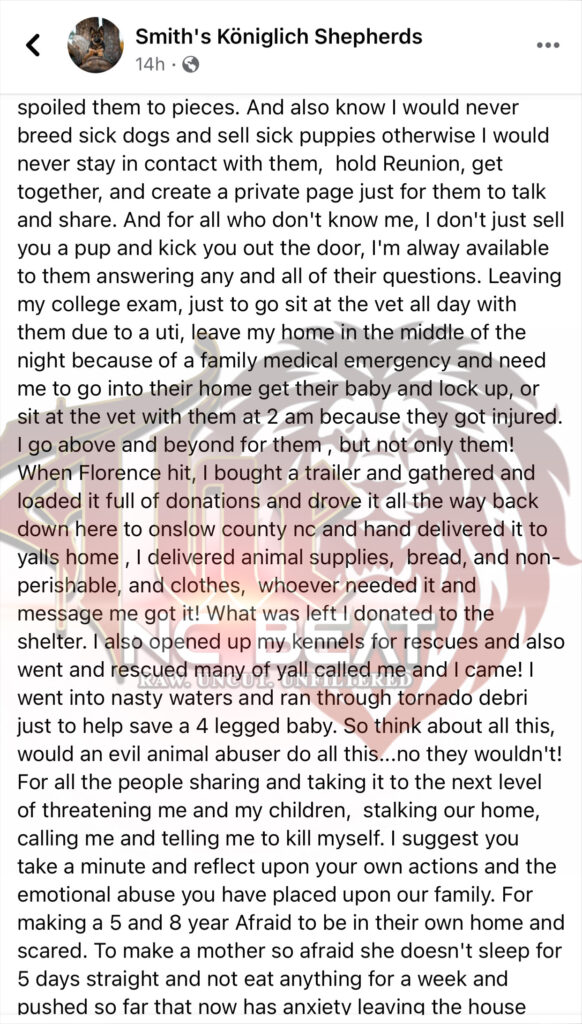 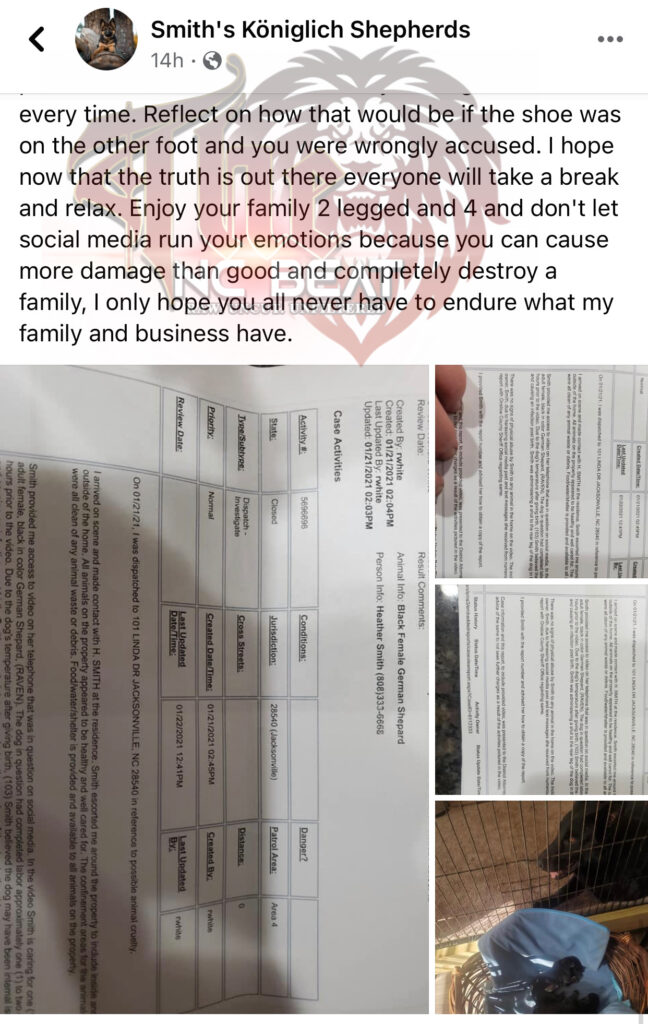