Richard Barnett, the terrorist who broke into Nancy Pelosi’s office arrested and charged 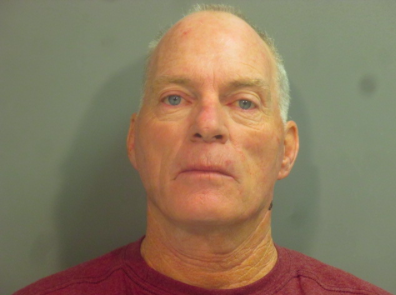 A man who broke into House Speaker Nancy Pelosi’s office Wednesday has been charged.

Richard Barnett, of Arkansas, was arrested Friday, according to police. He was charged with entering and remaining on restricting grounds, violent entry, and theft of public property.

The FBI said Barnett surrendered to them at 10 a.m. on Friday at the Benton County Sheriff’s Office. He was transferred to Washington County Jail, where he was processed and booked.

Barnett had claimed that he was pushed inside the Capitol when protesters broke through the doors and found Pelosi’s office sometime later. That is just an excuse to get out of the trouble he will not be able to escape. The whole world watched Barnett sit at Pelosi’s desk, and then later take a picture with mail he stole from her office.

According to the Washington Post, Barnett made social media post where he said he “came into this world kicking and screaming, covered in someone else’s blood” and that he wasn’t “afraid to go out the same way.”

All of this over an election that President Trump said was stolen from him, which is a lie. The only thing stolen from Trump was his many wigs that he should have been using instead of that unmanaged shit he has on his head now.

Hopefully, Barnett will spend a minimum of 10 years behind bars for his brave terroristic acts.