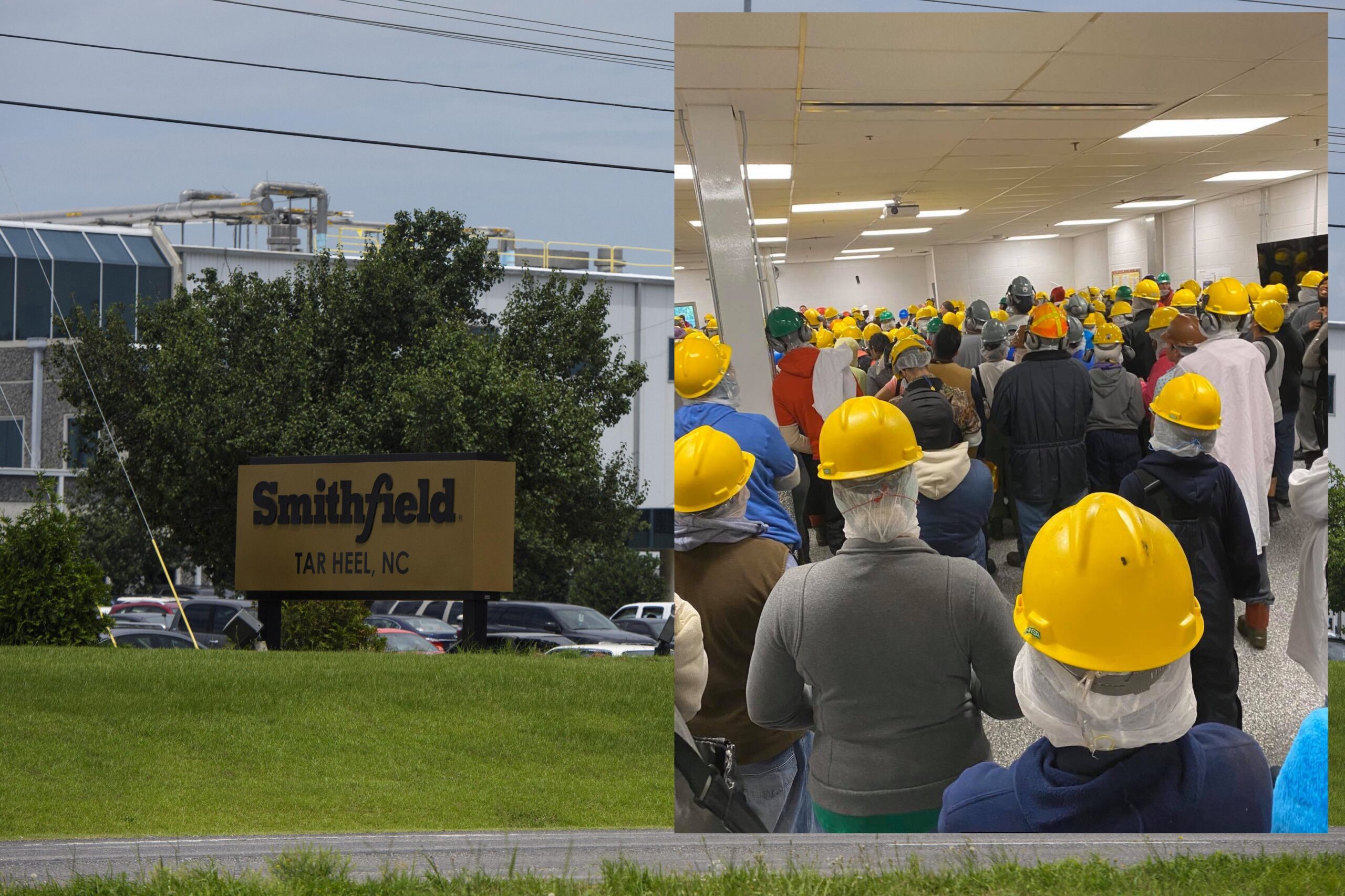 A woman who works in management at Smithfield Foods in Tar Heel, North Carolina says there are at least 250 food workers that have tested positive for COVID-19.

Despite the positive cases, she says the food processing plant refuses to close and instead have offered employees bonuses to work through the pandemic.

One woman who works at Smithfield that wishes to remain anonymous out of fear of losing her job said that the food company took very little precautions to protect their employees until the plant in South Dakota decided to close on April 12. She says hundreds of employees including herself have taken their concerns to management and have been ignored.

They are telling people to be quiet about the cases, the woman said.

In Governor Roy Cooper’s executive order, he prohibited groups of more than 10 people but workers say Smithfield Foods constantly hold meetings with more than 100 workers in one place. (SEE PICTURES BELOW) 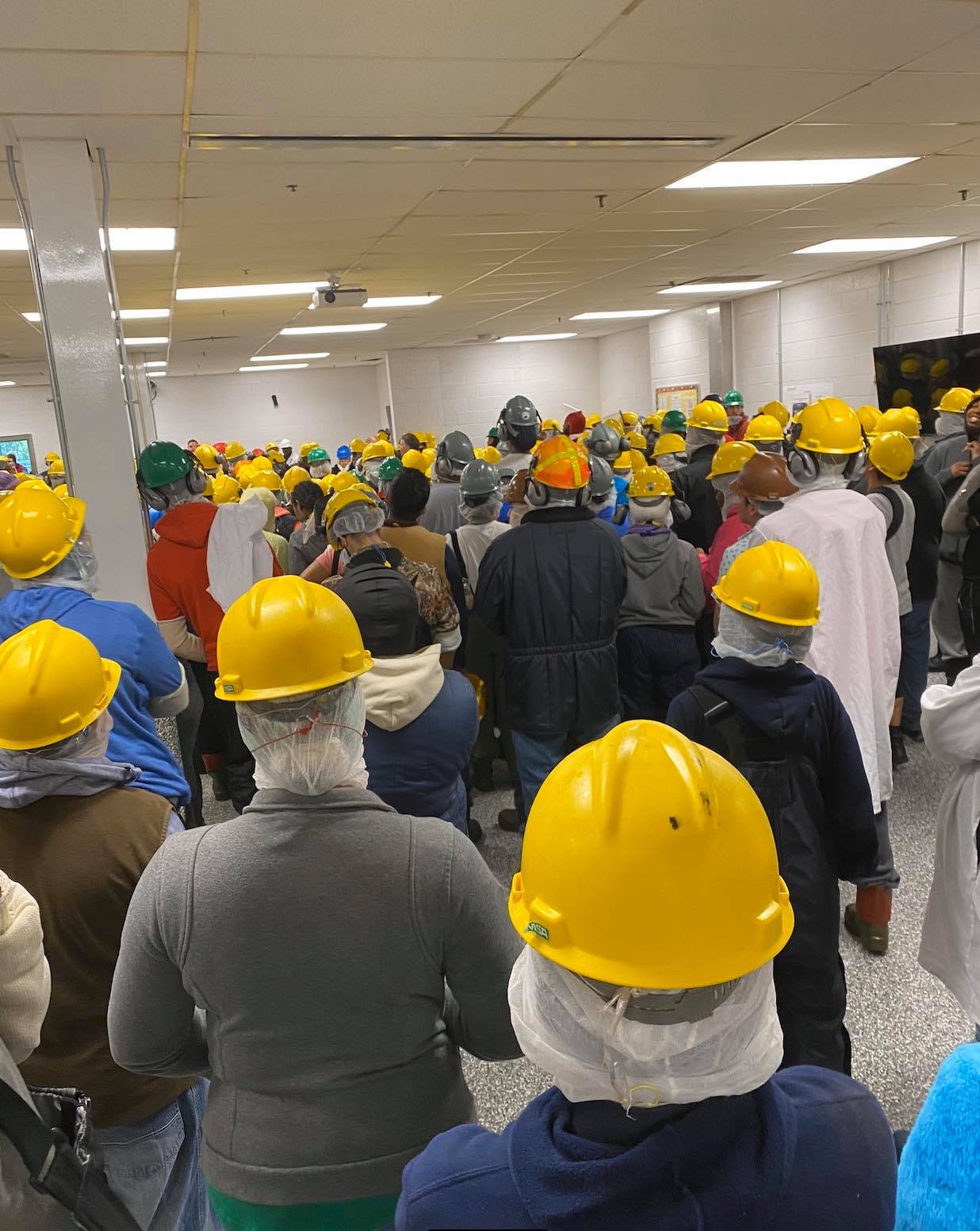 Food workers tell The North Carolina Beat that the company is about making money rather than protecting the health and well being of their employees.

The Tar Heel plant employs nearly 4,000 people if not more. The woman who works in management told us that there are people who are asymptomatic that are still coming to work. But the promising $500 may have many returning although they are at risk of catching COVID-19 or may already be infected.

Food workers say the company will give them $500 if they work every day from April 1 to May 1. The money is offered to those who don’t mind coming to work and putting their life on the line despite the hundreds of positive cases at the plant. Recently, the plant offered to give workers a $5/hr bonus if they work 40 hours a week from May 1 to July 31. (Another way to get people to come to work despite their positive case numbers)

In a recent interview about Smithfield Foods closing its South Dakota plant, CEO Kenneth Marc Sullivan said he and others are responsible for making sure grocery stores remain stocked.

It is impossible to keep our grocery stores stocked if our plants are not running. These facility closures will also have severe, perhaps disastrous repercussions for many in the supply chain, first and foremost our nation’s livestock farmers, he said.

We are told that the plant’s cafeteria is packed out daily with no room for social distancing. (LOOK AT THE TABLES INSIDE THE CAFETERIA BELOW) 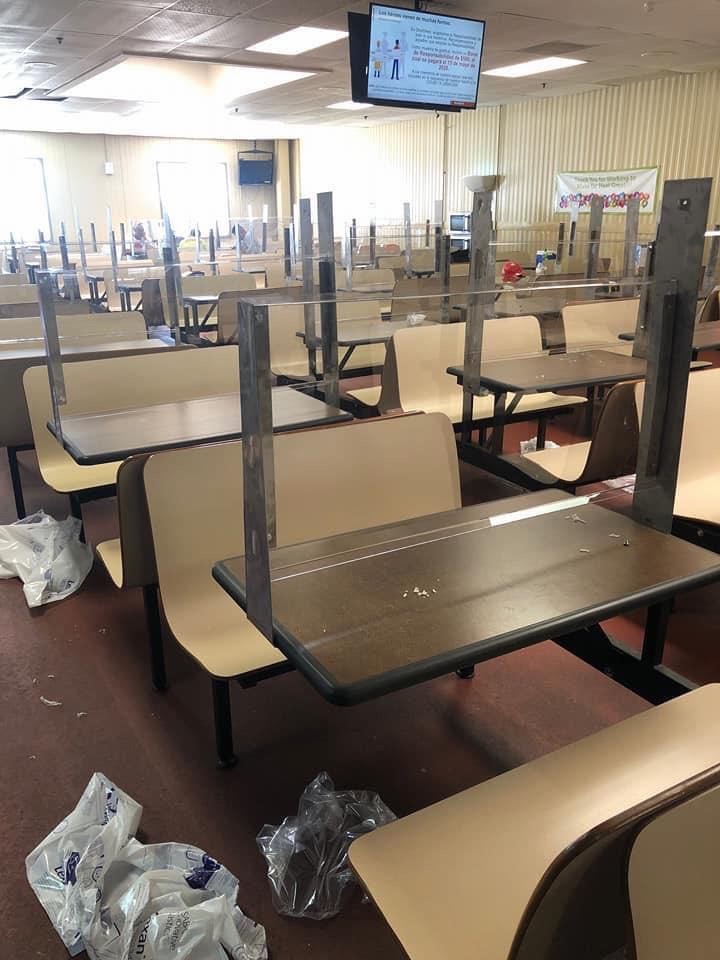 While Bladen County which is the county Smithfield Foods is located positive cases are low, you have hundreds who live in other counties that work at the plant.

Employees say they want to quit but the plant is their only source of income.

Read an email we received from a food worker at this plant: 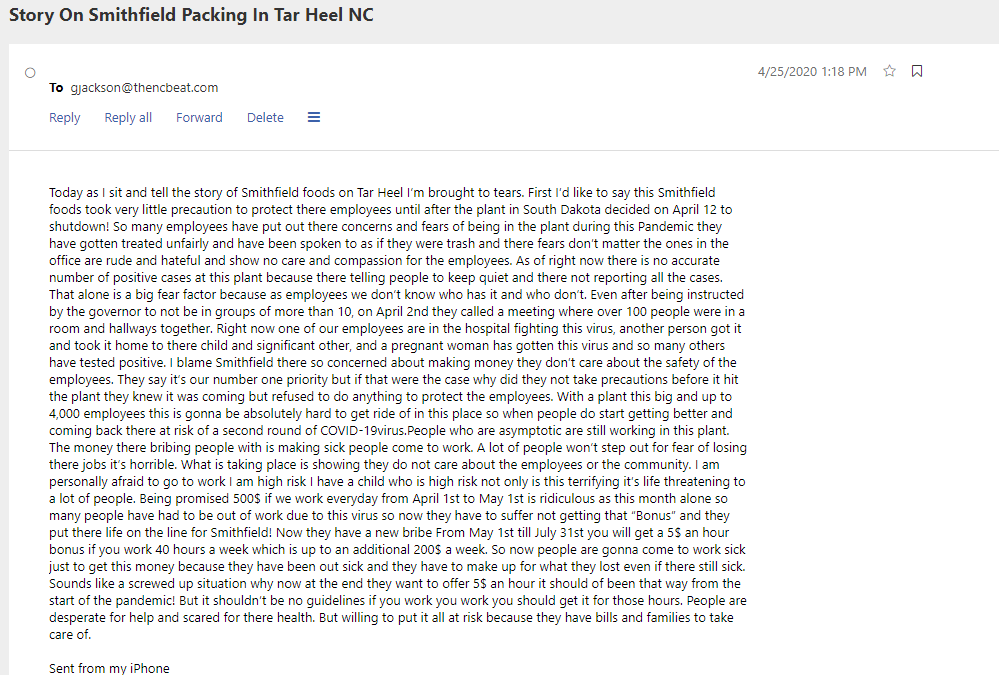 40 minutes ago, another employee who works 2nd shift chitterlings for the Tar Heel plant posted in a Facebook group that they tested positive for COVID-19. (READ POST BELOW) 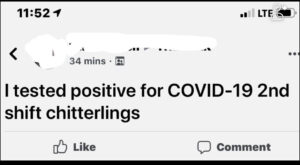 In case you didn’t know, Smithfield Foods is a wholly-owned subsidiary of WH Group of China.

Employees at Smithfield Foods in Tar Heel are walking out, "Kill Floor" closed for rest of week - The North Carolina Beat