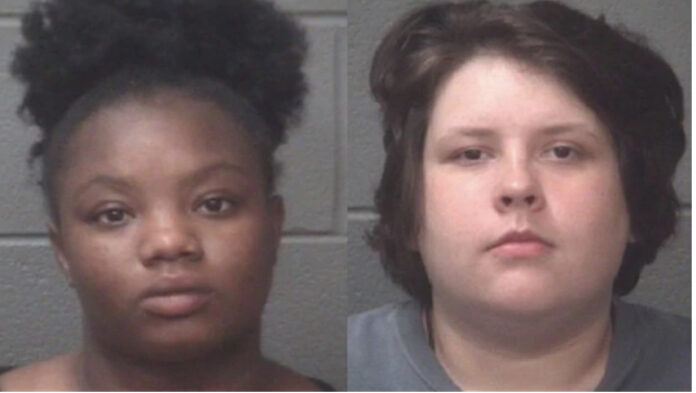 Two North Carolina women are fed up with President Donald Trump, so they took it upon themselves to remove 66 of his campaign signs.

Officials say they learned of the stolen signs when they pulled over a car the teens were driving speeding in Duplin, County.

An N.C. Highway Patrol Officer spotted the signs in the car and determined that the signs were stolen from Onslow County, North Carolina, on Haw Branch Road.

18-year-old Trinity Rose Graham of Wallace and Sasha Stukov-Taylor of Richlands is charged with stealing and removing political signs, a misdemeanor in North Carolina.

The two were also charged with three counts of contributing to a minor’s delinquency because three children were in the car when the state trooper stopped it.