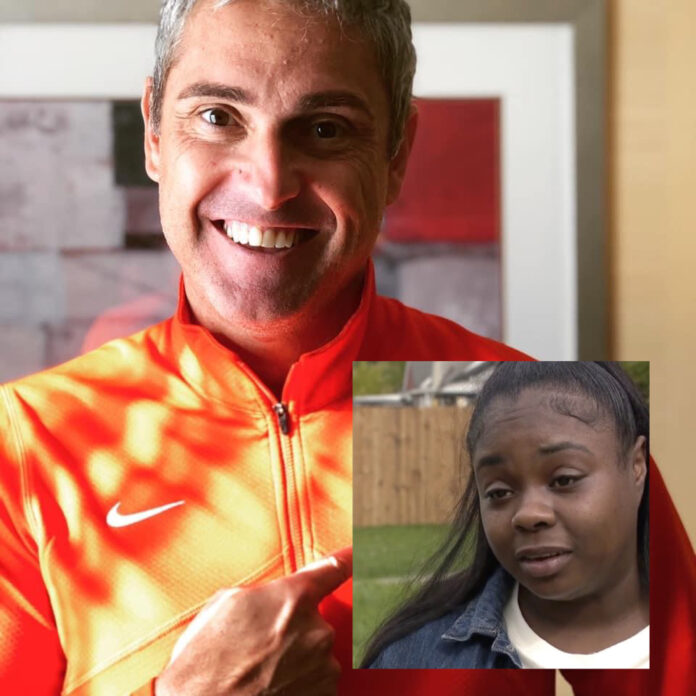 A ‘Well-Known’ North Carolina pastor who isn’t so well known has been identified for allegedly urinating on a woman during a flight during the early morning of October 13, 2020.

The pastor has been identified as 46-year-old Daniel Chalmers, according to the police report. Chalmers is an ordained minister at Catch The Fire Raleigh-Durham located at 2304 Page Rd, Durham, NC 27703, according to his Facebook page.

It was an early morning flight for Alicia Beverly, the woman listed as the victim in this incident, when she was awakened by pee let loose on her by a so-called man of God, who has now been identified.

Beverly said she was in the back of the Delta airplane sleeping next to her sister coming from Las Vegas headed to Detroit when all of a sudden, she felt a warm liquid splashing on her.

According to the police report obtained by The North Carolina Beat, an off-duty police officer said he observed Chalmers around 2:44 a.m. October 13, 2020, stand up from his seat and walk towards the flight’s tail with only socks on his feet. The officer said he dismissed Chalmers’s actions as normal on a flight, so he went back to watching his movie.

The officer said within 30 seconds; he heard a woman from the back scream. He said passengers were all asleep, but the scream awakened them. When he turned around, he observed Chalmers standing next to the victim, Alicia Beverly.

Flight attendants signaled the officer to respond to the incident, which he did, asking Beverly what happened. The officer said in his statement that Beverly told him, “He peed on me!”. Beverly was talking about Chalmers being the man who urinated on her.

Chalmers was asked if he had been drinking because the officer could smell it and his eyes were bloodshot red, in which Chalmers responded, “No, not a drop of alcohol.”

The officer said that he followed up with Beverly and asked her if she would like to prosecute Chalmers, and she said yes.

Chalmers was cited for simple assault. His court date is unknown.

READ THE FULL REPORT BELOW: 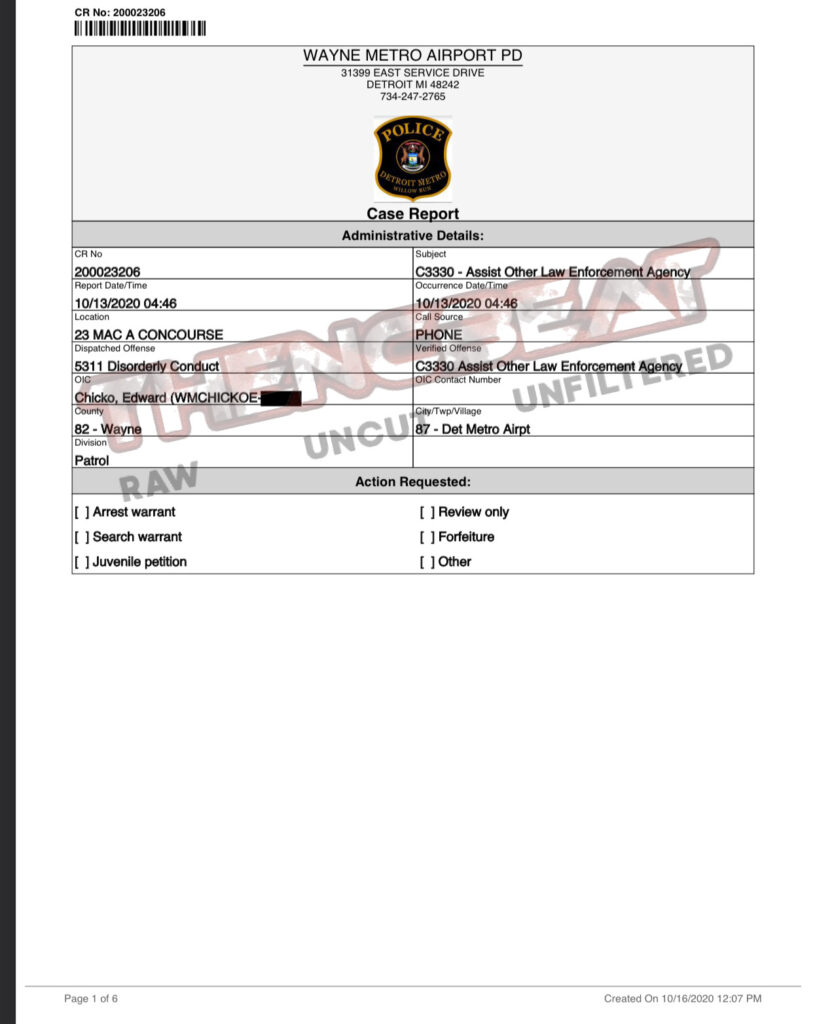 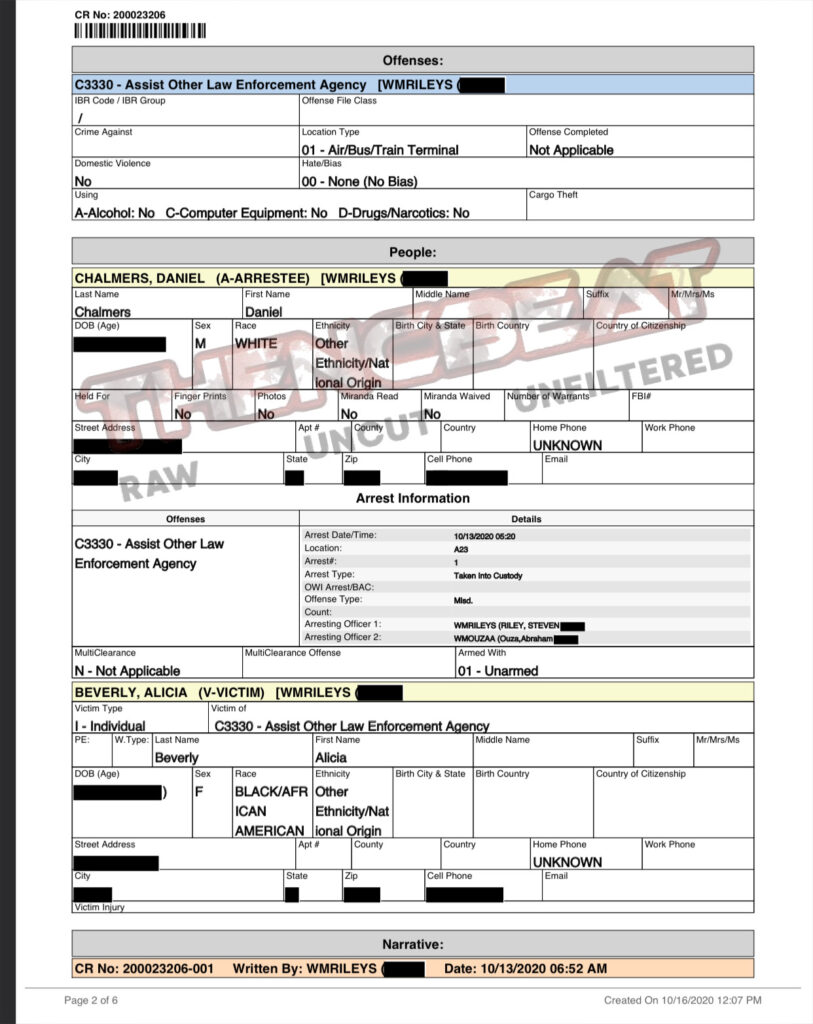 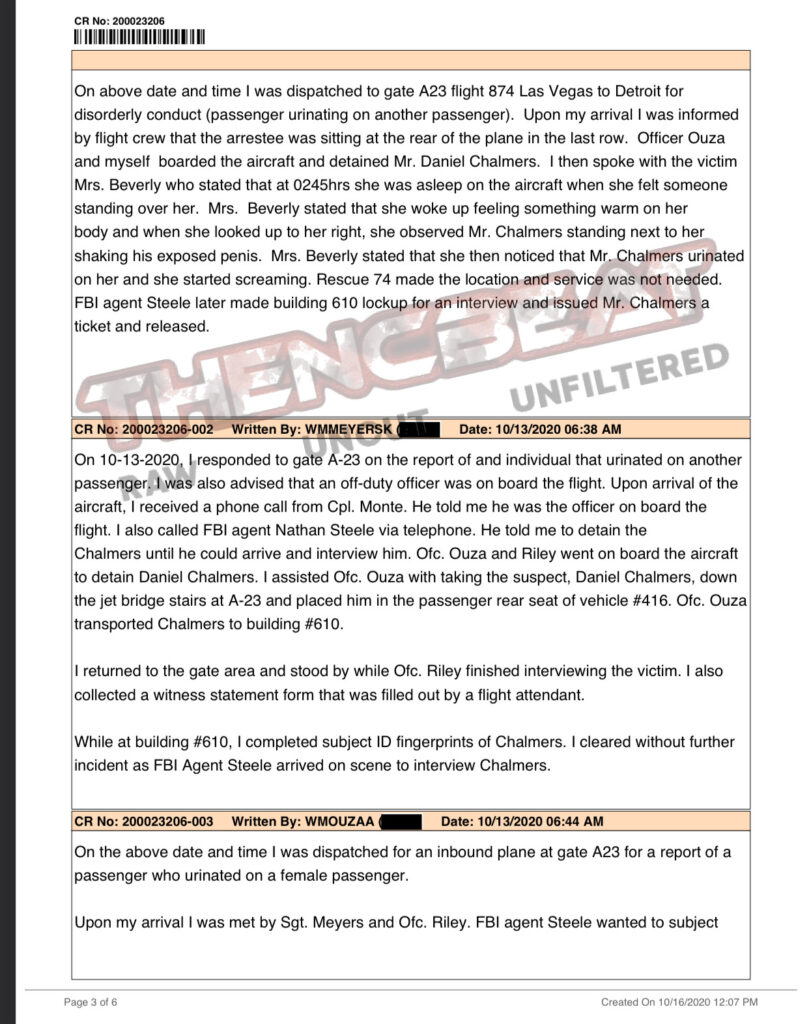 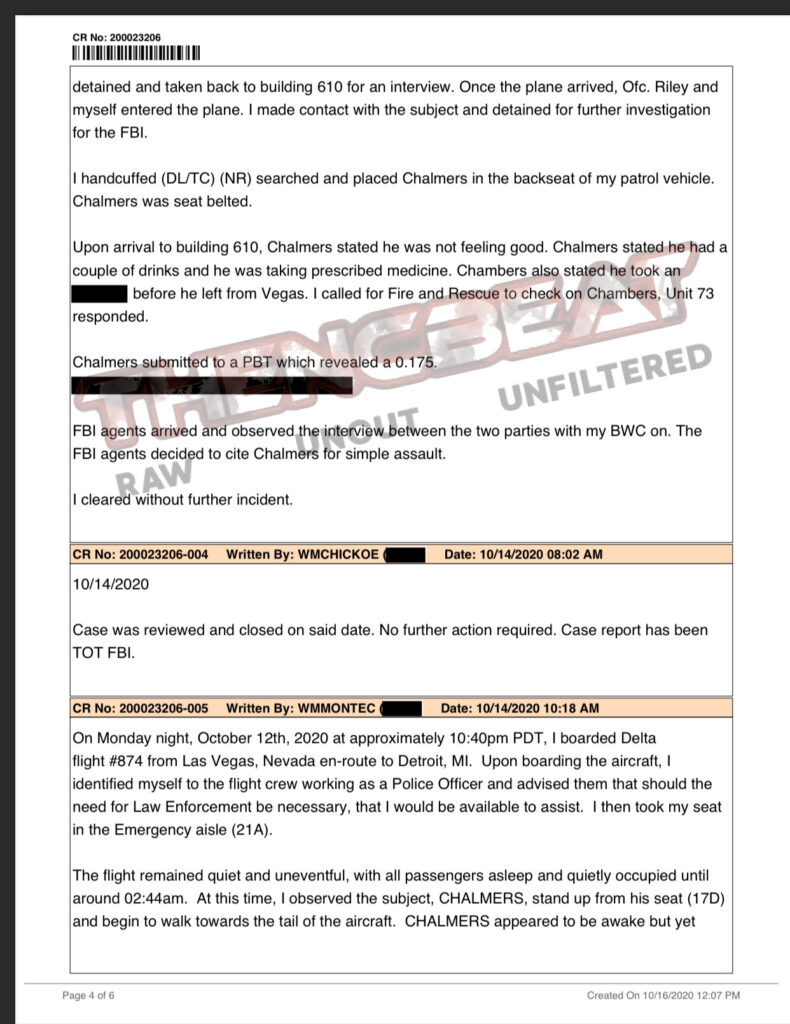 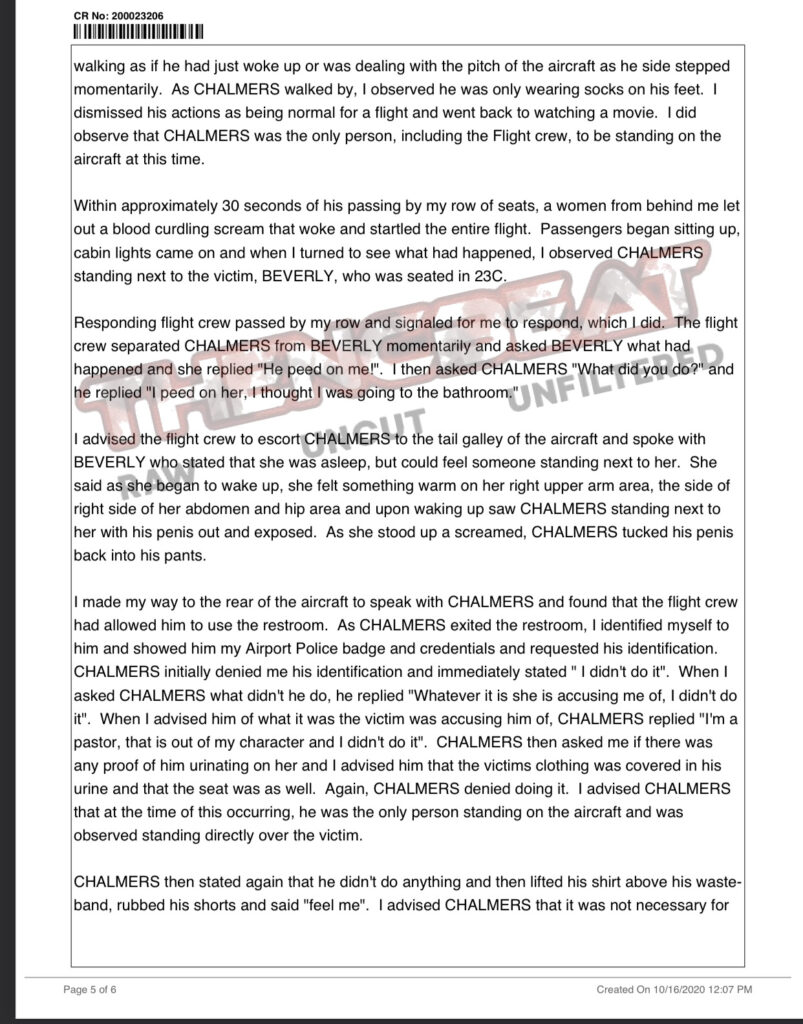 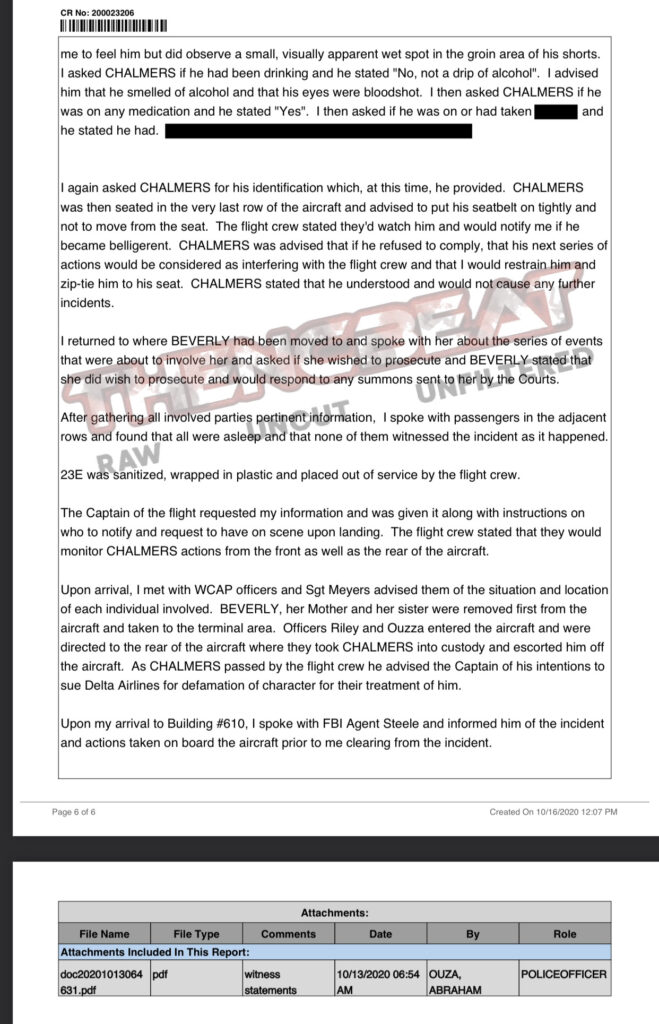 We contacted Chalmers Monday night for comment and was not able to immediately reach him before this story.

Great reporting Gerald! Thanks for sticking in there and getting the story!

Thankfully there was an officer aboard to witness the assault so it wasn’t a case of he said/she said. This girl has been severely traumatized and hopefully she will be able to put this episode behind her.

I am extremely bothered by the fact that this “pastor” had the audacity to lie about the event and then threaten Delta with a lawsuit. Not quite a “man of God.”