The City of Winston-Salem, North Carolina, has canceled a hip-hop concert after citing that Pooh Shiesty, Moneybag Yo, and Mulato, who were set to perform, would bring violence and gang activity to the city.

Starr Entertainment, the organizer of the July 31st event, said they and the city of Winston-Salem agreed-upon terms of a contract and signed the contract sealing the deal that the “Carolina Summers Music Fest” was a GO at the Winston-Salem Fair Grounds.

Winston-Salem will now probably have to pay big for their breach of the contract after a lawsuit by Starr Entertainment was filed against them. 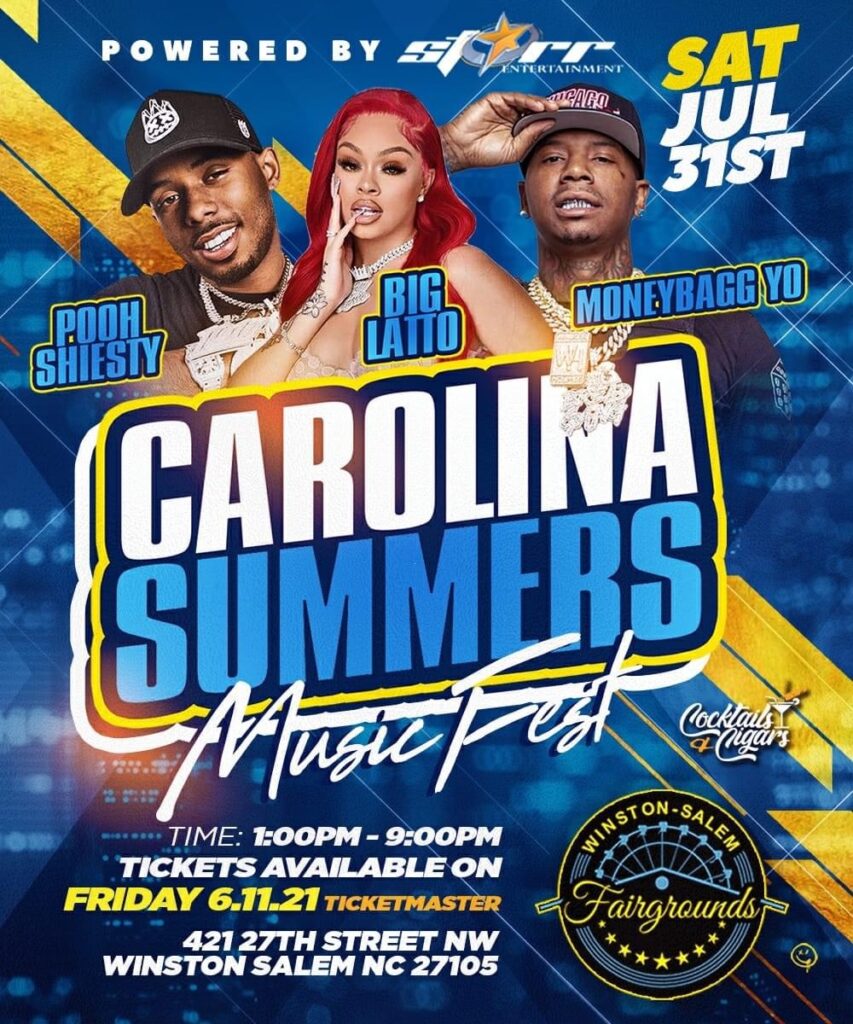 According to the letter, Winston-Salem Police Department investigated each performer’s background and believes, based on publicly available information, that there exists the chance of violence and gang activity at the city’s property in connection with the concert.

The letter continues by saying that the City of Winston-Salem would not host, nor would it allow a private entity to use City property to host an event if there is a risk of violence to attendees or members of the general public.

READ THE LETTER BELOW:

A representative for the entertainment group says that the city found an incident involving MoneybaggYo at an event in his hometown of Memphis, which goes back five years. Since then, the representative says the artist has been in Winston-Salem and has played in the city with no problem.

I think it was notable that the city didn’t do a whole lot of investigation into the other times that this artist was here without problem , but instead wanted to go back to an event from a long time ago and say that apparently he’s not welcome back in the city, Fontenot said.

Carolina Summers Music Fest was the only hip-hop concert scheduled for this year, but there are also four country music concerts, and nine gun shows scheduled for the venue too.

Starr Entertainment said they had lost nearly $200,000 in non-refundable deposits for artists and the venue.

Good Call on the CANCEL

[…] includes Moneybagg Yo, Pooh Shiesty and Latto over concern of potential gang violence. In line with The NC Beat, organizer Starr Leisure and the Metropolis of Winston-Salem signed a contract promising the […]